For the boxer, fighting is a way to push oneself, to explore what you have inside, to find your limits. In much the same way that some people climb mountains or surf giant waves, fighting takes you to the edge of your ability, and forces you to confront yourself.

“The man who has no imagination has no wings.” — Muhammad Ali

Something awesome happens in our brain when we mentally simulate actions — the same areas in our brain that activate when we perform actions light up. Of course the little electrical signals flowing through the brain are brought to a halt before they actually make us perform the action.

Athletes use this technique to practice. Mentally simulating events, how they’ll perform, what they’ll do, as a means to prepare. And it works, too.

Researchers at the Ohio Musculoskeletal and Neurological Institute looked at participants that had injuries and were unable to use specific body parts. One group were asked to mentally pretend like they were using it, and those that did recovered faster and with more strength.

When we imagine ourselves doing something, we’re not just wasting time with our heads in the clouds — we’re practicing movements, so that we don’t only become more skilled and more prepared, but stronger too. And all without any movement. 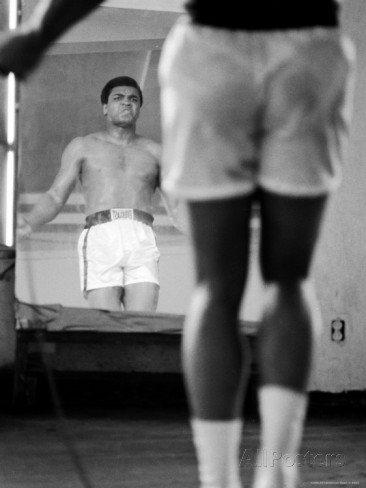 Thanks to Giacomo Rizzolatti and his team, we now know of the existence of cells in the brain that fire when we watch others perform actions — mirror neurons.

They’re important to our empathic ability — when we see the actions of others these neurons fire in response, and we feel the same sensations, it allows us to be ‘in their shoes.’ They’re essential in knowing how others feel.

Think about what happens when you see someone yawn…

When we watch other sports, boxing included and that which may require devices like a skytrak launch monitor, we internalize the movements and actions of the players or fighters, as if we were the ones in the ring or on the field.

Lauri Nummenmaa watched the brains of subjects who both passively watched a boxing match, and those that tried to share the boxer’s feelings. The differences were noticeable — those that took the boxer’s feelings had greater activity and interconnectivity between their premotor cortex, somatosensory cortices, and their dorsal attention network.

To sum that up, the people simulating the experiences synchronized with the boxer, and the areas in their brain relating to movement planning and sensation lit up.

These people were not only experiencing the same feelings and practicing the movements, they were learning to box.

If you don’t just want to sit and watch a thrilling match between two of the all-time best boxers, then pick your winner, and simulate them in your mind. Put yourself into their shoes and into the ring.

You’ll be mentally exercising, learning how to box, and gaining greater awareness and empathy towards those who are having their bodies and minds pushed to the limit.