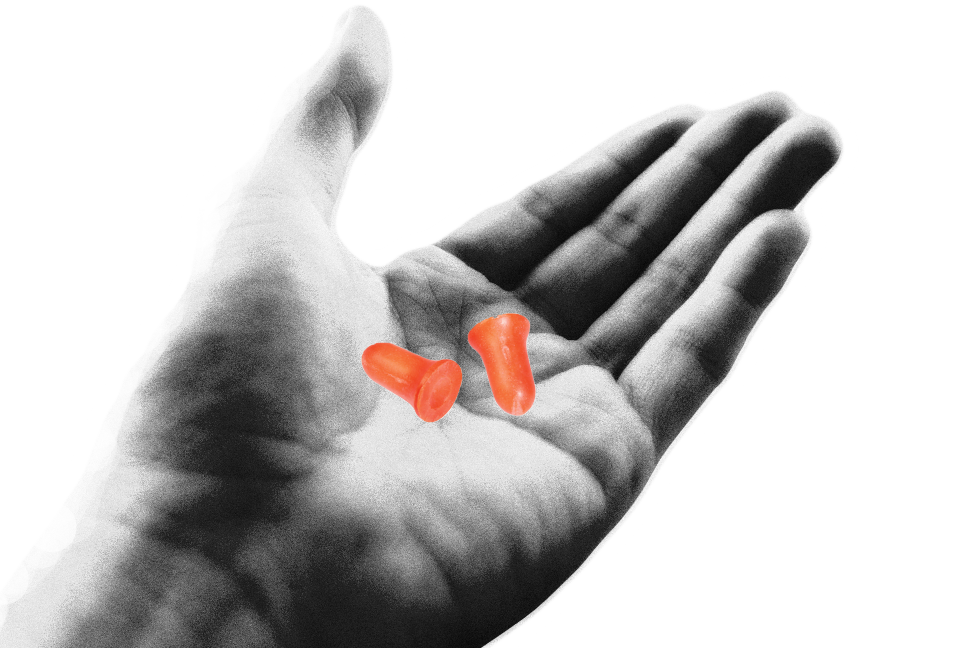 The Scarcity Of Silence Is Slowly Killing Us

Take a second to listen to the world around you. Do you know what that is? It’s pollution.

Maybe you were fortunate to have heard some birds singing, water running, kids playing, some light music you had put on earlier. But for most, it’s traffic, car horns, a plane flying overhead, thudding music from next door, work colleagues arguing, or perhaps even the dreaded construction noises.

This is one of those annoying side effects we sign on for when we live in a city. Usually, we just put up with it, other times we might curse under our breath, in extreme cases we pay someone a visit.

Just what effect is this corruption of our space having on us?

Noisy neighbors don’t just piss us off, all that noise can cause hypertension, stress, high blood pressure, tinnitus, hearing loss, sleep disturbances, and can damage our psychological health.

There is a real danger, both of loss of auditory acuity, where we are exposed to noise for so long that we stop listening, but also a loss of listening habits, where we lose the ability to engage with the environment the way we were built to.

This gift that we’re born with — to be able to reach out and hear things that are hundreds of meters away, all these incredibly subtle sounds — it is in danger of being lost to generational amnesia.

According to Clinton Francis, a biologist at California Polytechnic State University, “About a third of bird species will disappear altogether from areas that are excessively loud.” Animals have it as bad as we do — loud environments can alter their detection of prey and predators, and impair their ability to navigate and reproduce.

Below is a map of the loudest places in the US, based on 1.5 million hours of recorded sound throughout the country.

On your average summer day, some places are sitting at the 50-60 dB mark. For comparison sake, that’s equivalent to someone talking to you from 3 feet away. That might not sound so loud, but remember that this is the average sound level, it’s like someone talking absolute nonsense to you all day.

In terms of higher dB levels, a vacuum cleaner sits at around 70 dB, heavy city traffic at 80 dB, a motorcycle around 95 dB, and a car horn about 110 dB. For the record, damage to your ear drums begins at 85 dB.

Continual exposure to these loud sounds is damaging. But how do we function within it? Offices and homes are too often situated in areas suffering from excessive noise, how do we maintain conversations and focus?

The cocktail party effect, as it’s known, is the ability to pick out voices when there’s an abundance of other voices and sounds around you — such as a bar, where sound levels can reach 96 dB. This ability to intentionally control our focus allows us to ignore everything that’s irrelevant, a process called attention blindness. The more focused you are, the more blind to everything else you become.

Importance and irrelevance are key aspects. Consider that when you’re having a conversation in a crowded room, your ears still pick up when your name is said by some odd person in another direction.

The Brain’s Salient Network is a connected series of regions that decide where our attention should go — a flashing light, a car horn, our name being said, or some internal thought. When salient stimuli are detected our attention is diverted accordingly.

Each of us has a sensory gate, whose purpose it is to only let through to consciousness what is personally relevant, meaningful, or important.

Different people have different levels of sensitivity, for those that are highly sensitive, these loud environments are likely overwhelming and difficult to make order of. Because there are too many things considered salient or important, attention is divided over too many items.

Marcel Proust was known to seclude himself in his one-bedroom home in Paris, with earplugs, curtains closed, and cork lining the walls. His objective was to block out all possible distractions so that he could simply write. Along with Charles Darwin and Goethe, Proust was overly sensitive to these stimuli.

It turns out that a lower sensory threshold can result in greater creativity, given that people are more receptive to things that most others would deem irrelevant — or just wouldn’t notice at all. This allows the individual to collect more perceptual data and connect more dots, but it also makes them susceptible to an overwhelming amount of useless data.

Having strong attention control and a high sensory threshold doesn’t make you immune to distraction either, at some point some loud noise will awaken your “what the hell was that!?” function.

It’s your ‘system 1‘, as Daniel Kahneman would call it, that decides what salient stimuli your attention deserves; that is, it’s an unconscious process. The only way you can completely ignore something, is to not know that it happened.

A study performed at San Francisco State University by Ezequiel Morsella showed participants 52 black and white images of familiar objects, they asked them not to think of the name of the item, and not to think of how many letters the word had. 73 per cent said the word, 33 per cent counted the letters. “We’re beginning to realize that conscious processes are a lot more like reflexes,” says Morsella.

The brain is constantly taking in information from the world around us, making predictions, and alerting us whenever something potentially noteworthy comes up. We don’t have much of a say in this, because as soon as we realize there’s something we should ignore, we’ve already been consciously exposed to it.

After a decent distraction, it can take up to 25 minutes for us to get back into the task, it also leads to more errors, and we don’t remember as much.

Switching tasks too often, even for small distractions, also saps our energy and makes us less effective — part of the reason multitasking doesn’t work. When we get tired, we become less effective at filtering, so more distractions take place. It’s a vicious cycle.

Nick Perman is a psychologist that studies the effects of noise on how we think, and has found that even the noise in open offices can impair our ability to recall information and do basic arithmetic.

It’s about time to acknowledge that not all noises are made equal, and not all are bad. The bad are usually so when the average dB level is excessive, or when the sounds peak level rises up above the more consistent surrounding sounds.

Nice sounds are used all the time to relax us, and in some instances to boost productivity and creativity. Bird sounds, music, white noise, running water and rain, even the sometimes noisy atmosphere of a cafe can be a boon for creative work.

Studies have shown that the subtle sounds of the great outdoors — such as birdsong, the rustling of wind through the trees, and the trickle of flowing streams — tend to have a soothing effect, while the noise of motorized vehicles is more likely to put people on edge.

Let’s be clear though, the proper description of ‘noise’ is unwanted sound — even the sensitive people would likely prefer to be creative using the sounds they enjoy. If you don’t like traffic jam sounds, you won’t be too creative at rush hour.

While we all like our sounds, natural or musical, the less-than-ideal sounds that reverberate off of buildings and city streets are frustrating distractions — and don’t let the soft sound of the word ‘distraction’ fool you, it’s a killer of many things including productivity, happiness, our environment, and our health.

In antiquity there was only silence. In the nineteenth century, with the invention of the machine, Noise was born. Today, Noise triumphs and reigns supreme over the sensibility of men.