Time Travel Is Possible, But Only One of You Can Go 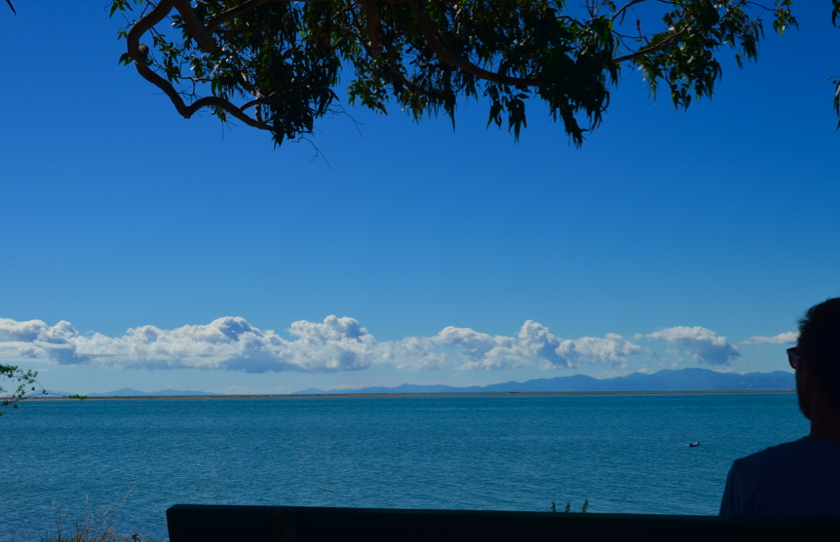 I like to just sit sometimes, and look out the window to the trees. At first, my mind will be on something obvious, something anyone else can see or experience — the birds, the changing color of the leaves, the sounds or other people. But, with little in the way of awareness, my mind drifts through time and reality, into a new world, a future time where I’ve achieved much more, or an imaginative land where physics is flipped on its head, maybe I even travel backwards in time to change the past.

Eventually, I become aware of how distant I’ve become to the present moment. I’ve travelled years away, to worlds that I’m not even sure exist, but I soon shake myself out of it.

When this happens to me now, I smile, because I realize what happened inside my mind.

There are two big networks in your brain: the Default Mode and the Central Executive. From here on out, known as the narrative and the present, respectively.

The present network is clearly devoted to the now, the current goings on around you and also inside you. The Present network is active when you engage yourself in tasks like talking, math equations, reading, racing your 95 hatchback through tiny city streets. When you meditate, it’s usually this network that lights up.

The Narrative network is what you use when you go off track, travel to the future or return to the past. When you daydream, reminisce, plan, or play out unreal situations.

If one is active, the other is not. Which makes sense when you think about thinking — It’s rather difficult to be focused on talking to someone while you’re mentally planning your trip on the weekend.

The present network is like a first person game — you see through your eyes, everything takes place around you, you can see your hands reach out and grab things, and you can only see yourself if you look in a mirror. 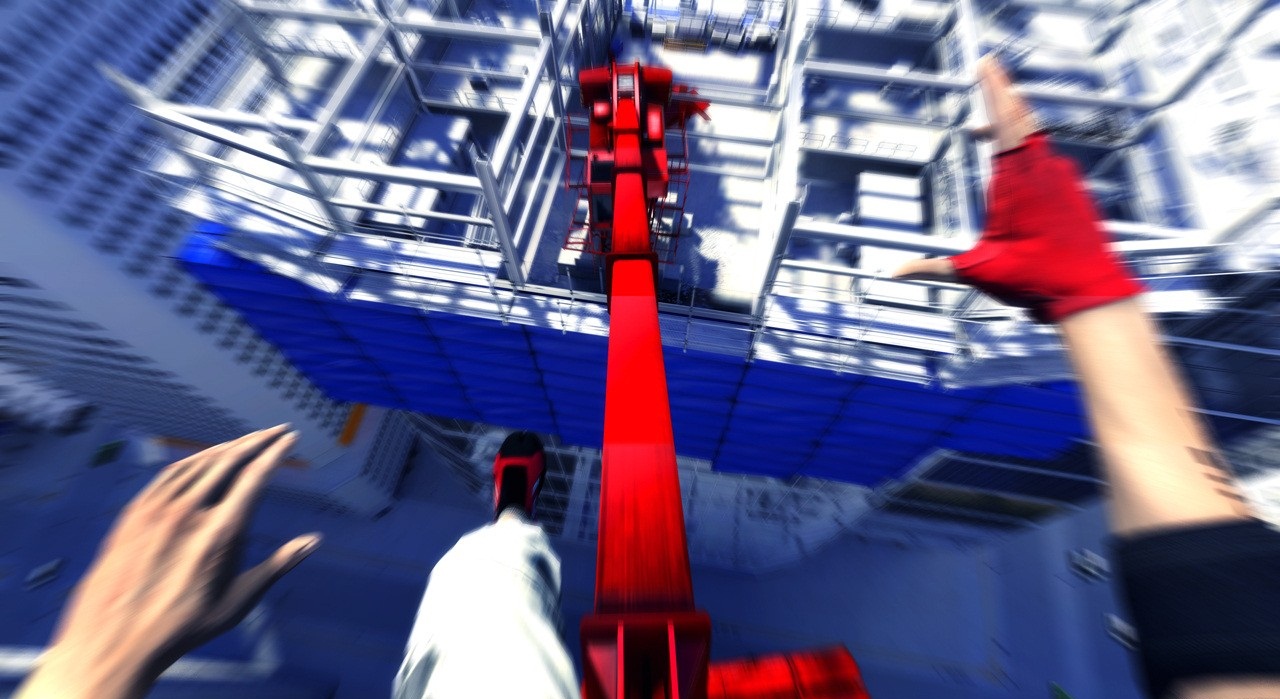 The narrative network is second or third person, you refer to yourself as ‘you’ or ‘he/she.’ Somewhat like Age of Empires — you see a world in your control, like a god looking down on those below, you exist in what seems like thin air, and you see yourself from the outside like you do everyone else. 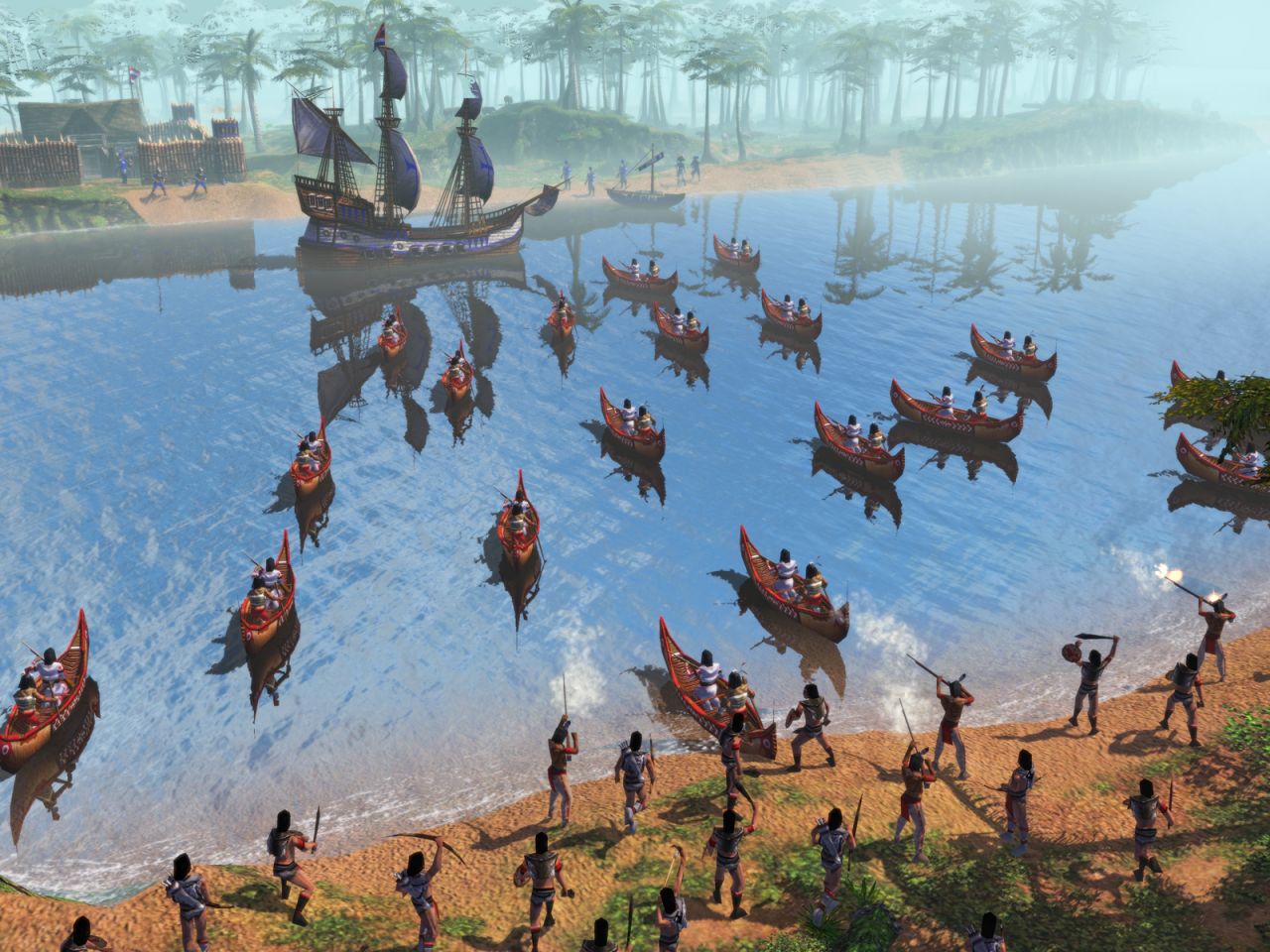 Both these forms of thinking lead to different impressions of yourself. The present is everything right in front of you at this moment, similar to how other animals go from moment to moment, only ever thinking about the now. The narrative is us telling ourselves stories where we are one of the characters, and it’s something that is likely a uniquely human function.

Tell Yourself A Story

It’s from this narrative network that we form ideas about ourselves, images of how we want to be seen and perceived by others. The activation of the narrative network represents an introspective activity, the center of our consciousness or awareness is reflecting about itself.

When we meditate, we shut off the narrative mind, which is likely why people deep within a meditative state will say they become one with the world — because they’ve lost their sense of self, or the ability to reflect on themselves.

There is also very little evidence of the narrative network in infants, instead it seems to develop with age. People with Alzheimer’s disease also show predominantly less functioning within this network.

It seems like the Narrative network is essential in knowing ourselves, and it is, but then what of the Present network?

Think of that first-person game you like, are you aware of yourself within that game? You know that those hands are yours, you control them, you can see across the room in front of you, and the bad guy opposite, you know if you don’t stop him he’ll get you. You can tell you have a lot of strength left (thanks to the little indicator on the screen).

You’re totally in the moment, all that exists is what you see and feel right now. For that reason, ‘you’ as others would see you, don’t exist, you can’t reflect or project upon yourself. 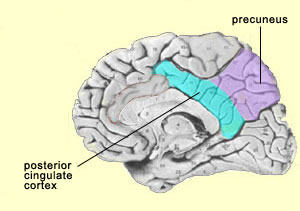 The precuneus is a relatively new brain structure, most animals do not possess it, or in a far less developed sense than us. It’s also a central hub in the narrative network, and plays an important role in your sense of self and consciousness. In conjunction with the posterior cingulate cortex, the precuneus is believed to make possible self-consciousness and self-awareness.

How would you convince a dog that two biscuits later is a better deal than one right now, the dog has little idea of what the future is or how to predict it, he lives in the moment and he wants that biscuit. Speaking of dogs, have you seen one look at itself in the mirror for the first time? It takes a while for them to realize that that other dog isn’t actually another dog.

Even a baby doesn’t know where you go or if you even exist anymore when you hide behind your hands, you disappeared from their sight and therefore from their world.

To live only with the present network is not to say you have no sense of self, but that your ‘self’ is not distinct or separate from everything else. You are what you see and what is at this moment in time. Your only wants are what you need now — food, water, sex, play. You can reason, you can solve problems and communicate effectively with people; but you cannot predict the future, look back on the past, play out stories in your mind or imagine fictional worlds.

To your mind, when you use the present network, you are the now. That is all.

When you use the narrative network, you are a time traveling character in a story that’s played out in your head.

Both of these lead to the understanding of yourself from different angles, both are important, and both are you.