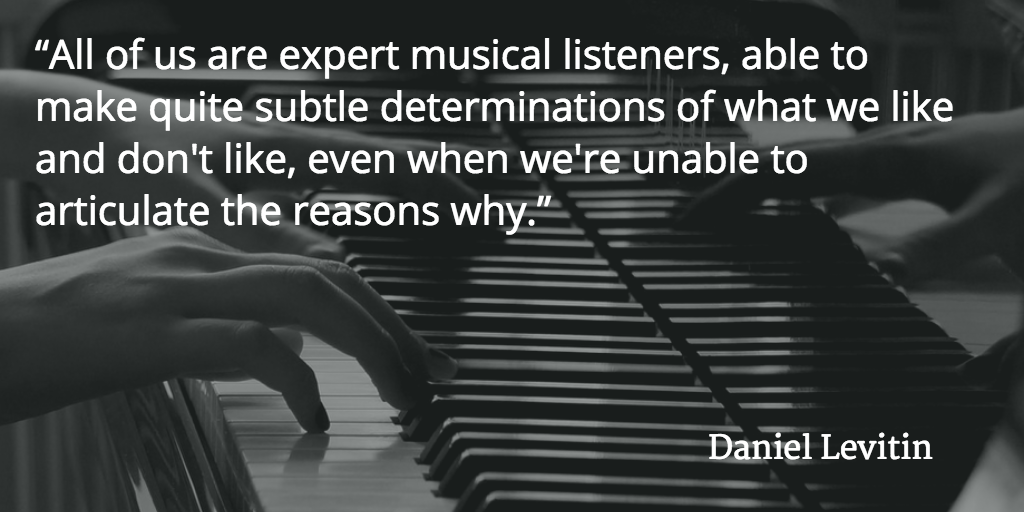 What Does Selling Out Do To The Band?

The Motivation to Create

In an artists search for creative expression and endeavor comes the thought of value and worth.

That value can come in many forms, anchored mostly in the artists reasons for creating it–Is it a means of creating social change? An act of rebellion? To raise awareness of the artists views towards politics? Or simply a means of expressing ideas and visions from within their wildest dreams?

The value develops from the relative success in the work in accomplishing these goals, and of course on its sentimental value.

The other form of worth, and supposed source of motivation, is money.

Money As The Root of All Evil

Dan Pink talks in his book, Drive, about the way we motivate people today. He calls it “Carrots and Sticks.”

We pay people money and give them rewards (carrots), or we threaten punishments and penalties (sticks), in order to persuade them into doing something.

Evidence supports this form of motivation for algorithmic work, where we can work from a systematic structure of do-this-don’t-do-that. But the system fails when the work is heuristic, when it requires higher order thinking and creative problem-solving.

In fact, it doesn’t just fail, trying to motivate creative work with extrinsic value can be detrimental — leading to less motivation and less creativity, exactly those things you want.

With work that is becoming increasingly creative, we perform better when we have three things: We’re in control (Autonomy), working on something bigger than ourselves (Purpose), and feel as though we are growing in our understanding of our domain (Mastery).

This is the direction Dan Pink feels we should be moving toward in order to motive our creative selves. But what does that mean for an artist or band that moves in the opposite direction? When control and creativity are sacrificed for money and commercialism?

What is selling out?

Something sells out when supply reaches zero. Or, when an artist gives up their roots for a commercial gain.

The two are closely related. An artist sells out in the hopes that will lead to stock (music, merchandise) flying off the shelves.

Selling out usually comes in the form of the compromising of integrity, morality, authenticity or principles, in exchange for personal gain, aka money.

There are different signs of it: Signing to a major label; Licensing music for advertising; Changing musical style so as to make the music more appealing to a mainstream audience–See Metallica.

off the artistic roll call forever. You’re another whore at the capitalist gang bang… Everything you say is suspect and every word that comes out of your mouth is now like a turd falling into my drink.

How do You Know if a Band Sold-Out?

That really depends on the answer to this question: What’s now motivating the band to write their music?

This could be a difficult question to answer honestly. Is it the music? Expression of ideas? To be creative? To bring enjoyment to others? Money?

If the answer is not related to money, then did they really “sell out?” Well, some people charge bands with the crime of selling out simply because their style changes, without actually determining the purpose or reason for the difference…

Many bands and musicians change styles for other reasons: Learning to play their respective instruments differently; a change in the artists own tastes; and even if the natural evolution of the style jumps too quickly in a new direction.

In these cases, the band is not truly selling out, they’re just doing things differently. Selling out is going commercial for money. The motivation for changing the music is extrinsic.

Money’s not inherently a bad choice. We do all need it, and despite what some will tell you, a certain amount of it does make you happier. But something bad can happen to the music and the musician when the main goal is monetary gain.

What That Means for the Art…

The music will obviously leave its place on the fringe of genre classification, so that it can sit more squarely on the palates of consumers tastes.

In doing so, it’ll likely become less creative, more repetitive, and victim to sounding like everything else.

When music is aimed at being popular, it’s placed under the immediate constraints of what works for more people, leaving the more extreme and unique aspects of music composition and production to become invalid, outside the ‘rules.’

Then there’s the potential to alienate a large portion of the initial fans. That might seem unproblematic considering the potential addition of the millions of fans of popular music. But, it might pay to consider:

Those first fans are likely much stronger in their support for your particular style, the new ‘popular music’ fans are already inundated with the saturated market that exists, making it difficult for them to find you and give you the same time and attention. And, given that it would appear as though the band turned their back on their most loyal fans, there could be a backlash effect in which the old fans actively turn into the opposition.

As for the artists themselves, selling out is like selling your soul.

A study in which children who enjoyed creating art were separated into three groups. One group was told in advance they would receive a prize for doing art; another was told nothing, but received a prize if they made art; the last group were told nothing and received nothing.

The results showed that those who knew they were going to get a reward were more motivated to make art. But, after this session, when they went back to normal circumstances, in which the art was performed for no reward … The opposite happened.

The children who knew about the reward in advance, suddenly disliked the thought of making art for no extrinsic gain. The other two groups, the children that were surprised about the rewards and those who knew nothing of it, were just as happy to make art as they were before the study began.

For an artist to decide that money, or extrinsic reward, is the motivation for their music or art in general, is for them to decide that it’s no longer something they do for love.

For those children in the study, art suddenly became a means to get something else. That extrinsic reward consumed the intrinsic motivation that started it all.

What’s worse is that this effect is rooted rather deep, and can be a problem to fix once it’s occurred.

Money Makes the World Go Round

We’ve built our society around money, so it’s no wonder most people want it, in as bigger proportions as possible.

Problem is art and creativity don’t like it, they don’t work like that. Art works off our inner motivations, our goals, and our sense of purpose. The moment we treat it as an external product and expect rewards, is the moment we override its true purpose within ourselves to a simple if-this-then-that algorithm; music = money.

No money? No music.

Money can work as a motivator to a certain point, that being we need to be able to eat healthy, live under a roof, and be able to survive. But beyond that, money lacks the ability to make us much happier by itself.

Once the issue of money is off the table, Dan Pink says we need autonomy, mastery and purpose — All of which can come from making art and using our creativity the way we did when we were children, simply for love.