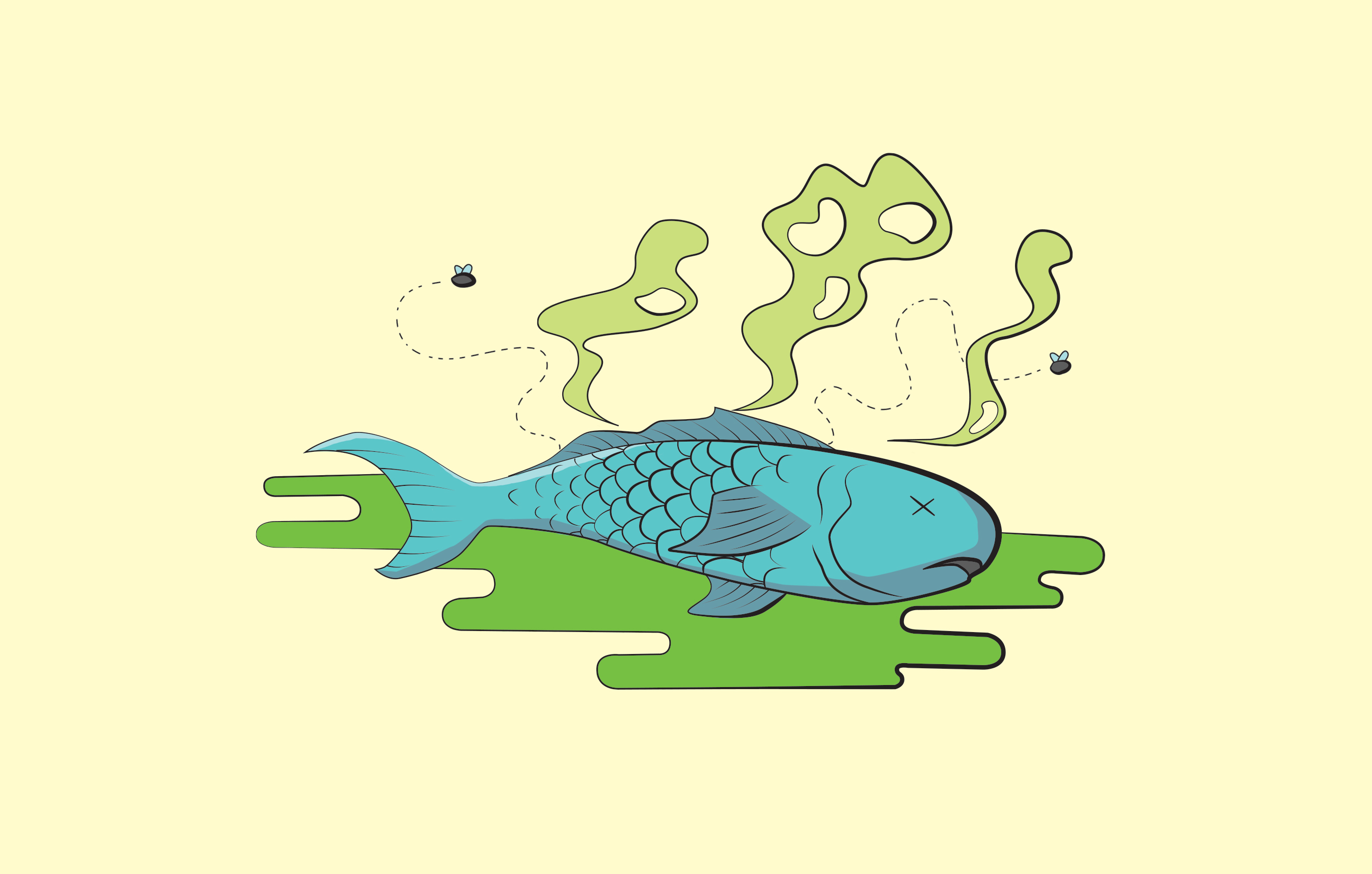 It’s more than a metaphor. The subtle scent of rotting fish raises suspicion. We don’t only become suspicious of the fishy smell itself, but to whatever task that happens to be occupying our attention.

Researchers Norbert Schwarz and Spike Lee (not that Spike Lee) write in their paper:

“… exposure to fishy smells is sufficient to undermine cooperation in economic trust and public good games … [and] increase the detection of misleading information and facilitate critical reasoning, including a more critical analysis of one’s own beliefs.”

They came to this conclusion following several interesting studies designed to test our critical eye. For instance, the Moses illusion:

Legend has it Noah took two of every animal on an ark, saving them from extinction. Sometimes when people are asked how many of each animal Moses took on the ark, they’ll answer two. When the smell of fish is present, more people recognise the name is wrong.

They also tested our ability to confirm a pattern:

Two, four, six. The sequence goes on, governed by a rule. What’s the rule? It could be to add two to the previous number. If you could test this theory by offering the next numbers to a researcher who knows the truth, you might suggest eight, ten, twelve. That’s what people did in the absence of fish.

This isn’t going to help when the rule is simply that the number must go up. Eight, ten, twelve will get a positive response. But so would seven, eight, nine. Fish helps somewhat curb our confirmation bias by persuading more people to look for disconfirming series.

In many of these studies the researchers also used fart spray, but it was only the fish that prompted the suspicion. Farts are repulsive but don’t seem to lend themselves to doubt or mistrust as fish does. The metaphor is apt.

The effect works in reverse too. People induced into a state of suspicion by the researchers were then better able to pick out the subtle smell of fish from a selection of smells. Suspicious people are sensitive to fishy smells.

“… when the smell was subtle and only 6.7% identified it without suspicion, suspicion increased correct identification to 33.3%. In contrast, suspicion did not significantly influence the identification of any of the other smells.”

They note that many languages associate suspicion with different smells, which are generally some form of ‘decaying organic matter’. They write that “the smell-suspicion link may be a universal conceptual metaphor with culture specific instantiations.”

Nobody wants to eat rotten food. It tastes bad, it smells bad, and it might make us sick. It could end up killing us. Perhaps the smell-suspicion link has an evolutionary point. Yet curiously the suspicion goes beyond things we will ingest and into whatever other tasks we might be performing.

“… once a smell induces suspicion, it will be brought to bear on the task at hand.”

Our emotions or feelings can be viewed as a quick generalisation of what’s going on in and around us. Such feelings may use many cues, and many of those cues we might not be aware of, making it difficult to find the source of our suspicion.

They therefore speculate that the more pungent the smell is, the greater the chance people will realise where their suspicion is originating from, and the observed effects will disappear.

The metaphor appears to be more than a metaphor. If you ever find yourself oddly suspicious of something, take a whiff, there might be fish in the air.