By now you’re probably aware that much of what you do online is being recorded. The main point behind this recording is prediction. People want to know who you are and how you think, so they can predict what you’ll buy and how you’ll consume.

For regular internet abusers, there’s a lot of information out there regarding your behavior. However, the shear size of this information, coupled with the constant influx of more, makes interpreting the data a significant burden.

People alone can’t sift through all this information expecting to find insights and patterns, and so computers have come into play, with machine learning of particular importance. A program that processes mounds of information is great, but one that can learn and improve while it’s doing so is far better.

All over the web there are little algorithms trying to figure out who you are. All the data they store represents a virtual you, one that’s not based on what you think of yourself, or on how you see yourself, but on what you actually do, on how the computer interprets what you do, even when you think nobody is looking.

Attention is big business. And as our attention has shifted from the world around us to the screen in front of us, advertisers have followed suit. Not only are these adverts plastered all over magazines and billboards, but now they hitch a ride in our pockets, ready to pounce any time we pull out our phones.

The trouble is, how can this bombardment continue to work? We’re so tired of these flashing banners and intrusive videos that we’ve resorted to installing ad-blockers to help shut out the noise. One way to get around this is to show people only things they’re interested in, and, in a way, win back their trust.

Targeted advertising isn’t new. You’re not going to place an ad for a Ford Mustang in Cosmo, nor a Barbie Playhouse in a PC enthusiast magazine. But in this age of big data and personal news feeds, the potential for highly specific targeting is enormous.

While this stands to benefit the advertisers, in terms of avoiding wasted spending on people not likely to buy, it might also prove great for the consumer, who should be subjected to less mundane and inappropriate crap.

“Relentless advertising makes sense only for things we need to be persuaded to want.”

You’ll see products inline with your hobbies, discounts for restaurants in the city you’re traveling to next week, and a handy electronic device that fixes a bug in your computer you don’t even know exists yet.

Of course, the motive here is profit, as it’s always been. While it will be great not having to look at thousands of irrelevant ads, if the data can be used to make you purchase more, it will.

We’ve long been susceptible to crap. There are garages full of unused products, each laced with guilt, having been quickly shuffled from late night TV to home to storage.

The advertiser’s goal is not to show you what you need, it’s to find out what makes you open your eyes and then your wallet. At what point do you say no? What if we change the colors? The font? What if we show it to you on this site? Show you which friends also bought it? C’mon, we know deep down you want it, our computers told us so…

“Advertising serves not so much to advertise products as to promote consumption as a way of life.”

Am I getting carried away here? Perhaps. Criticisms of advertising have been around as long as advertising itself, and the benefits may outweigh the drawbacks. Who wouldn’t want to see more advertisements inline with what they actually like? As in the past the key will be self-control, in separating wants from needs and knowing when to say no. But will this not become a more difficult endeavor?

With more insight into who you are and what you enjoy, the better chance advertisers have of getting a yes out of you. They want to side-step self-control more than they want you to be happy. If you are content with what you have, you’re of no use—unless you can be made to fear losing it. 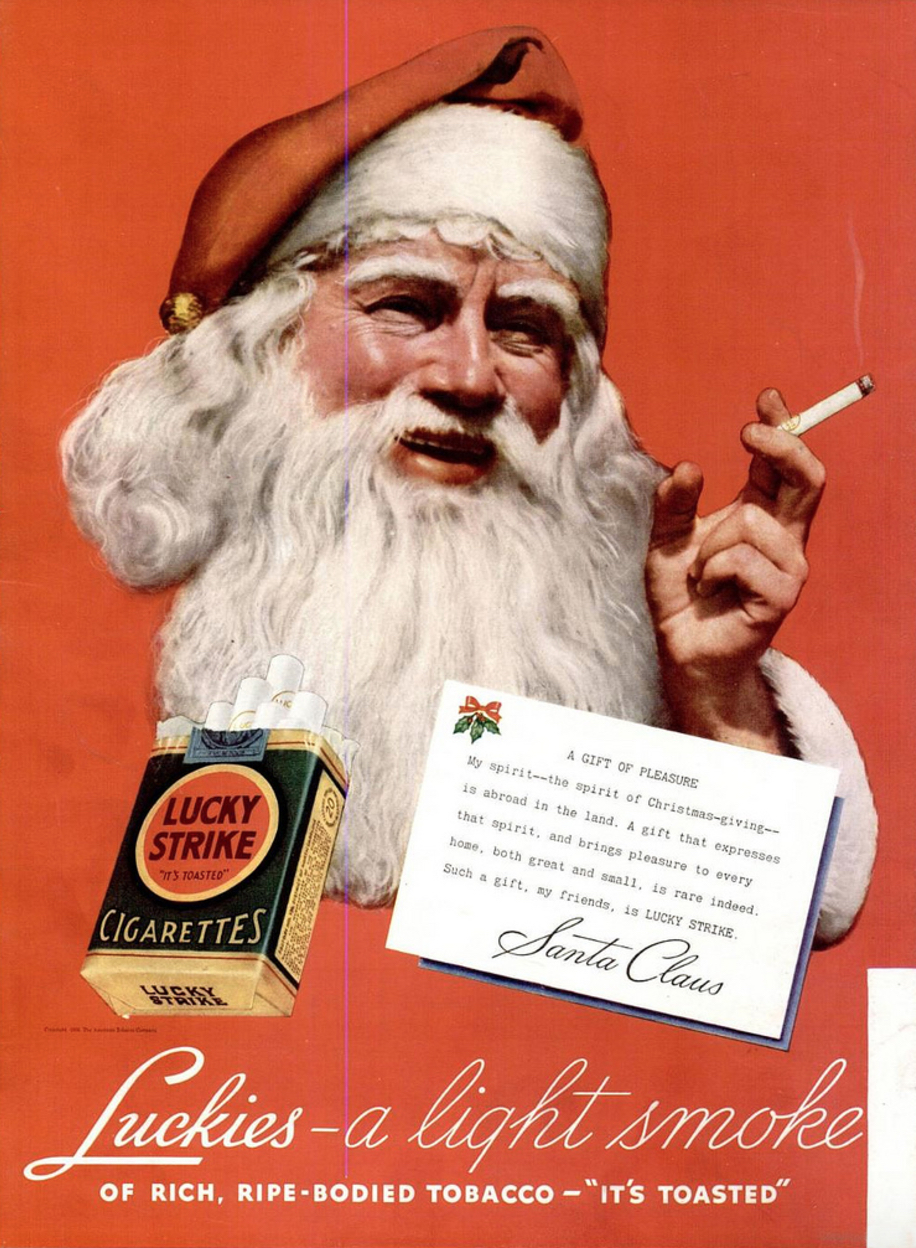 Consider what marketers are currently trying on Instagram. They want influencers—popular people—to advertise their products. But, they don’t want the advertisements to look like advertisements.

“Influencers report lower levels of engagement for posts marked #spon or #ad because they destroy that sense of being spoken to by someone the user trusts.”

Couple this with buy-now one-click buttons and free one month trials with no reminder of when your card will be automatically charged. Less willpower, less rational thought, more spontaneity and blind trust.

You Speak My Language

To what extent can we be profiled through our online activity?

Chances are personality traits aren’t too difficult to figure out. Even without going through the data one might assume that extroverts would post more about social activities than introverts, and narcissistic individuals would be more inclined to share their achievements and the results of their new exercise plan. This was backed up in a study of over 500 US based Facebook users.

The current emotional state of the Twitter-verse has also been modeled using the emotional words being shared around the world, giving rise to a graph of global feels. Meanwhile the Hedonometer looks at the average happiness on Twitter and what important events are having an effect. In the opposite direction, another computer program was trained to scour tweets looking for certain suicidal triggers, in the hopes that timely targeted help could result.

IBM’s supercomputer, Watson, can psychoanalyze people. Like Freud sitting in a chair next to us, we are expected to provide the words to be judged. Watson suggests a minimum of 3,500 words of your own writing, which it will then roam through to create a psychological profile.

These all seem like friendly and welcome products of our global data pool, but things can get personal and creepy too. For instance, Admiral Insurance recently wanted access to Facebook profiles, hoping to find out how good or bad a driver was based on their social media activity, and then set a price based on these findings. However, Facebook rightly forced them to can the idea.

It also bears mentioning that not all data is used for advertising. Much of it is for security purposes, fighting terrorism and so forth. Profiles are created of potential killers, but can you tell a killer from your average joe? The data is about prediction, so can you predict a terrorist?

“I don’t want to live in a world where everything that I say, everything I do, everyone I talk to, every expression of creativity or love or friendship is recorded.”

So far, in terms of using predictive computing, not really. These tactics have yet to result in much, the most successful techniques for capturing criminals are the old fashioned ways. That surveillance is being applied to many innocent and hardly threatening individuals shows how little faith the agencies have in their algorithms.

The results are mixed. Certainly there are elements of our personality that can be gleaned from our online activity, but as of yet the algorithms tasked with understanding this data fail to reach a convincing or consistent high standard.

We’re not yet able to pin people for crimes they have yet to commit like something out of the Minority Report, but for how long that remains, I’m not sure.