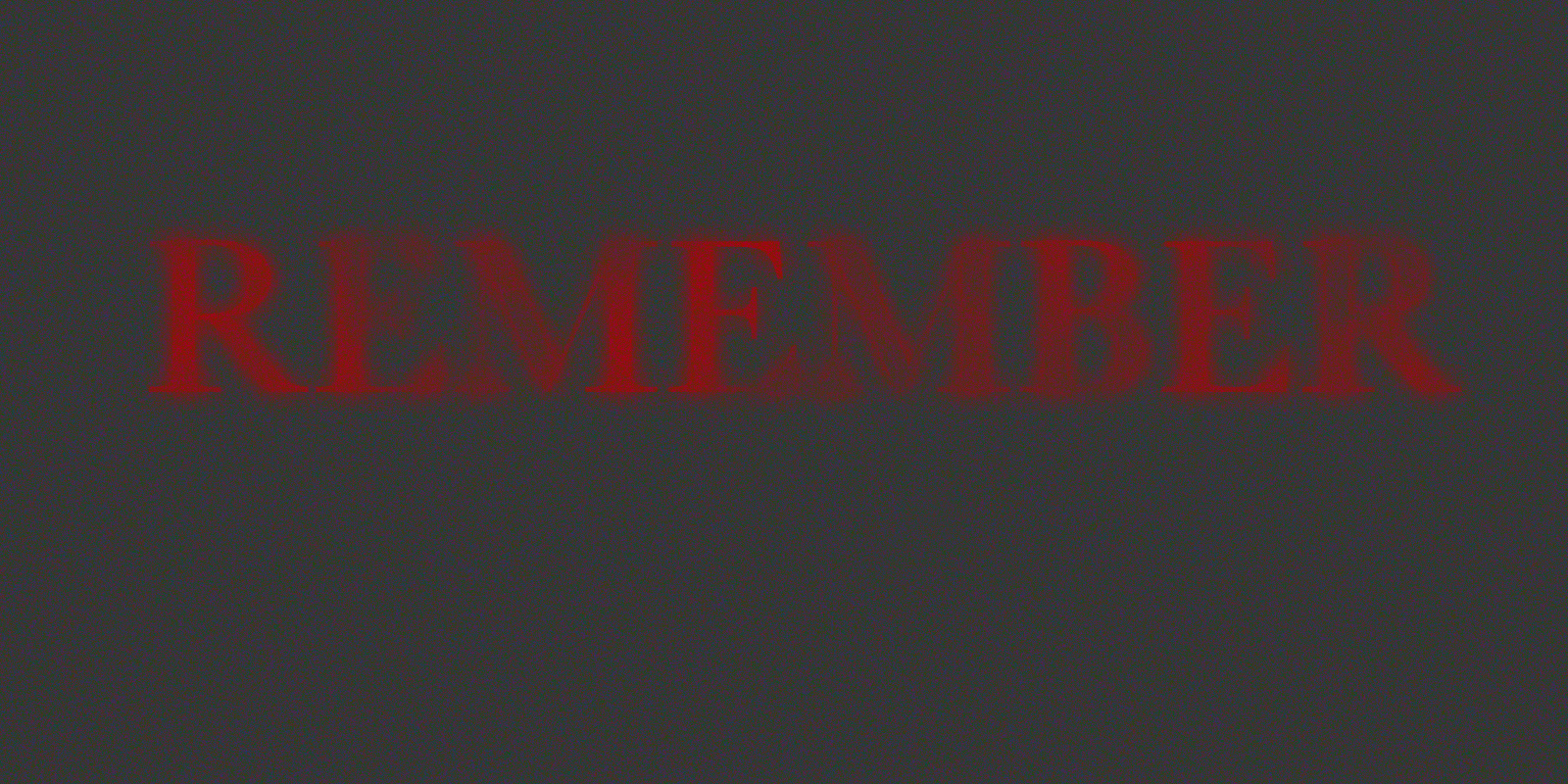 The line between remembering and forgetting is hazy. We struggle with things on the tips of our tongues, know we have seen someone before but can’t remember where, sometimes we even claim to remember something our brain has totally made up.

There are many things stored within our memory that we are unaware of. We only become aware of them—or the absence of them—when their recollection becomes necessary. At this point the haze sets in. “It’s in there, I know it is, but where? Where is my memory of this event?”

The ability to retrieve something from your mind is the mark of successful learning. There is a difference between knowing that the information is there and being able to remember it. The knowledge must appear from within the haze if we’re to recognize it, but that haze is growing deeper thanks to technology and the internet.

Stare Into the Abyss

The striking findings from one study indicates that when people know the information they have just consumed is available online, they don’t remember it. Instead, they remember where they found it. This has been termed both digital amnesia and the Google effect.

The easier information is to find, the less we are likely to remember it. Robert Bjork, a psychologist specializing in learning, has emphasized the desirable difficulties—if we truly want to learn something, we should struggle with the information by actively trying to recall it. Recalling it is not rereading it, we need to pull it out from the depths of our mind, and as anyone who has sat through an exam knows, this is often difficult.

But then, if we always have access to this information online, do we need to remember it? If you have a calculator, why do math in your head? James Altucher gets at this point not so subtly in a post on Medium:

“I’m feeling sick. I think I need to vomit all the facts stuffed down my face by a bogus educational system.”

“I’ve outsourced boring facts to Google. Google can tell me what happened and when. And how to get there. And when an unknown phone number calls me, Google can usually show me who it is.”

Presumably, by worrying less about the little details and facts we are free to take a more holistic view, to think of the bigger picture. In this way, perhaps we see the forest more than we do the trees.

Our digital amnesia might simply be a means of cognitive efficiency. Anything available at a moments notice and at the tips of our fingers doesn’t need to clog up our brain.

Another study found that people were more likely to try to remember concepts than facts. Facts are fairly easy to understand and comprehend, even if they surprise us, whereas concepts require more thought, it’s more difficult to fully grasp the moving parts. Concepts also come with more usability, we are more likely to be able to reason and problem solve with conceptual knowledge than factual.

But another problem emerges here. Concepts take time, energy, and focus to learn. Yet it appears as though we are more distracted, busy, and superficial than ever. We skim newsfeeds the moment boredom sets in, we pass up articles that will take us longer than five minutes to read, and even if we tried, our minds would likely start to wander with increasing frequency. Has this always been the case? Or is the Internet to blame? The internet is allowing us to learn larger concepts while outsourcing the facts, but are we taking advantage?

Novel information gives us a little kick of dopamine—that feel-good neurotransmitter that courses through your brain when you want/enjoy something. Of course, we start to want this dopamine surge in greater amounts, which is something the internet can easily supply. Not only this, but rewards are greater when they’re random or unexpected, which helps us wade through uninteresting posts or emails at the expectation of finding a gem.

The problem is not where we get our fix from, it’s what happens when we’re not getting it. We can’t—rather we could, but we shouldn’t—scroll through Twitter and Facebook and look at memes all day every day. We shouldn’t only consume info, even if it does provide us our feel-good dopamine diet. If we do, we may be at risk of becoming more aversive towards other things—such as daydreaming, contemplation, and boredom itself. We might become so info addicted as to suffer withdrawal symptoms whenever we’re not plugged in.

An aversion to boredom is not new. Some argue that the point of boredom is to be aversive, to motivate us towards a new goal or stimulus. It may however be exacerbated with all the technological stimulation around us. This culture of productivity and constant doing might be conditioning us into a state of idlephobia. Now we can hardly walk down the road without checking our phone, not to mention have dinner with a loved one, or even drive a car.

A survey by Bored and Brilliant resulted in this: 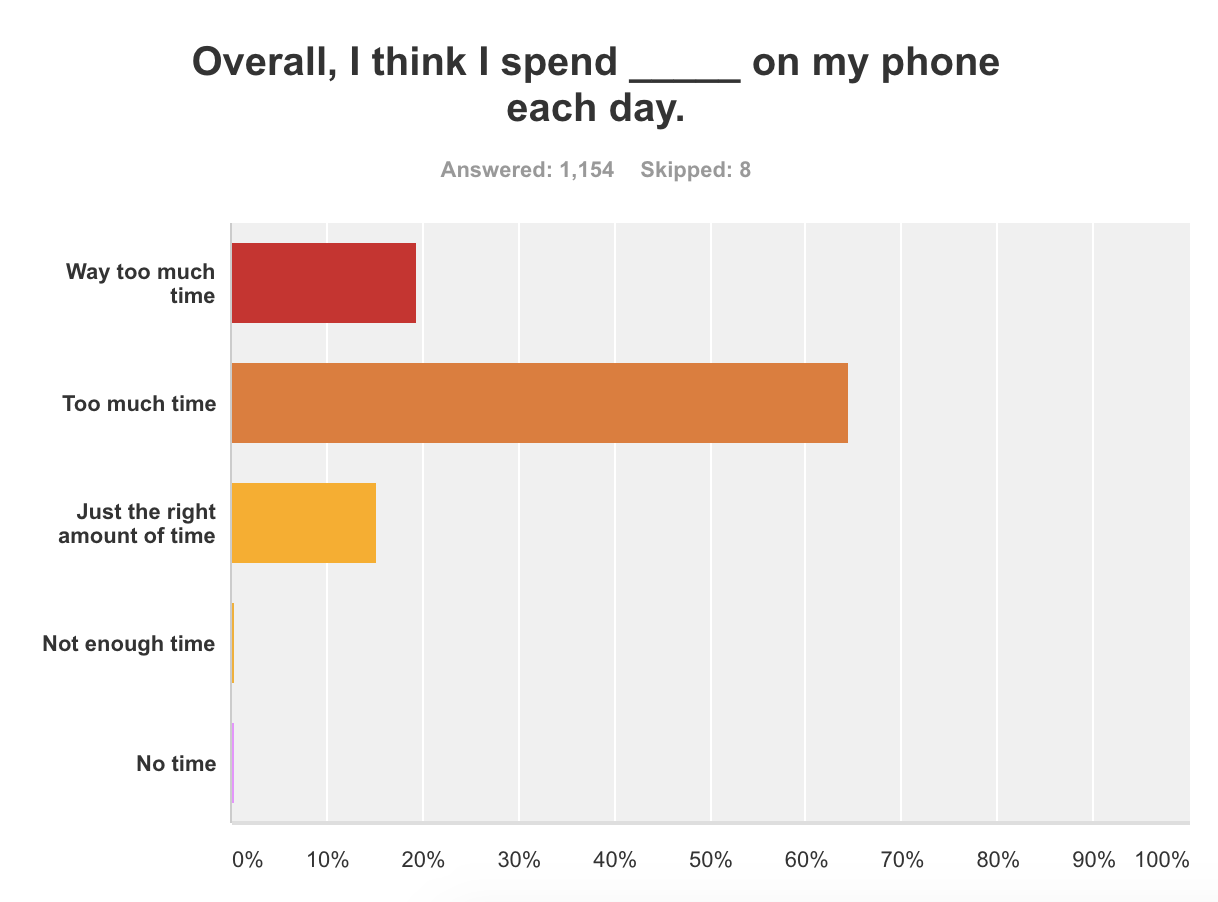 Of 1,154 people surveyed, a total of 8 said they used their phone not enough or not at all.

We seem in constant need of being plugged in. When was the last time you sat in the chair, staring out the window at nothing in particular? I’ve argued many times before on the importance of mind wandering, suffice to say it’s going out of favor in a world obsessed with productivity and information saturation.

“Allowing the brain to rest opens the system to exploiting these mechanisms of nonlinearity and randomness, and amplifies the brain’s natural tendency to combine percepts and memories into new concepts.”

Daydreaming is too often considered a waste of time, because, what can you possibly achieve by sitting there doing nothing? The answer, as more people should come to realize, is quite a darn lot! But, if all we do is get agitated and feel the need for another computer-driven dopamine hit, the benefits will remain elusive, perhaps unattainable.

I am by no means the first to bemoan the effect the internet or computers are having on our attention spans. Nicholas Carr has written books on his own struggles with this information overload. In The Shallows, he notes:

“At first I’d figured that the problem was a symptom of middle-age mind rot. But my brain, I realized, wasn’t just drifting. It was hungry. It was demanding to be fed the way the Net fed it—and the more it was fed, the hungrier it became.”

A hungry mind could hardly be considered a bad thing. But a glutton it can become, and one that does not stop to truly savor what it eats. Carr eloquently and metaphorically points out the difference:

“Once I was a scuba diver in the sea of words. Now I zip along the surface like a guy on a Jet Ski.”

Instead of pulling ideas apart and wrestling with the details of what we’re learning, we’re more interested in moving on to the next thing, our next dopamine hit. If all we do is eat, we get fat, not toned or sculpted, which is what your knowledge should be.

Let’s not forget that nearly every new technology came with its doubters. Even Socrates was said to have felt that writing was an inefficient means of representing knowledge and should therefore not be taken seriously. Yet the technologies continue and most of us would say we are better off for them having done so.

Steven Pinker gets at this point in an article in the New York Times:

“New forms of media have always caused moral panics: the printing press, newspapers, paperbacks and television where all once denounced as threats to their consumers’ brainpower and moral fiber.”

Pinker goes on to point out that the key is in self-control—we need to know when and how to pull ourselves out of the digital realm. Self-control, of course, is a slippery slope. Some of us are more able than others. However, addiction and bad habits, when they take hold, can derail even the strongest willed among us.

So where does this leave us? The internet and technology offer us the opportunity to learn the larger concepts without getting bogged down in the tiny details—a big plus—but if we get sucked into the vortex, we might not have the time nor patience to let those larger concepts sink in. Without a measure of self-control we may become scatterbrained, info-addicted, zipping from fact to fact, headline to headline, eager to consume but reluctant to contemplate.

There are many tips and techniques for curbing your technology use. Perhaps ironically there are apps and websites devoted to helping you stop using apps and websites. But I’d rather look a little deeper to see if there’s another way.

The big problem is that we sacrifice contemplation and unfocused thought for consumption and stimulation. Ideally we should aim to get more comfortable with boredom and invest more time into doing nothing in particular.

We might go so far as to schedule time to do so. We could write notes down as we consume so that we know what we should go back to when we have time to contemplate.

There are also some tell-tale signs you shouldn’t be online. Such as boredom. If you feel a need to scroll through Facebook or Twitter but you don’t have a specific purpose for doing so, you probably shouldn’t do it. I know it’s not easy, it’ll take a lot more effort, but you will get more from mentally digging into a complex problem than you will skimming through the latest memes.

An article in Big Think notes:

“The cultivation of imagination relies on boredom. We need moments of space, of absence, to free up the overwhelming deluge of information assaulting our nervous system every moment of every day. When any opportunity becomes a chance to like and connect and delete—sipping coffee, at a red light, in line—we lose the value of boredom. Over time that loss will prove to be one of the most valuable skills we have forgotten.”

Go ahead, turn your device off. Stop consuming.