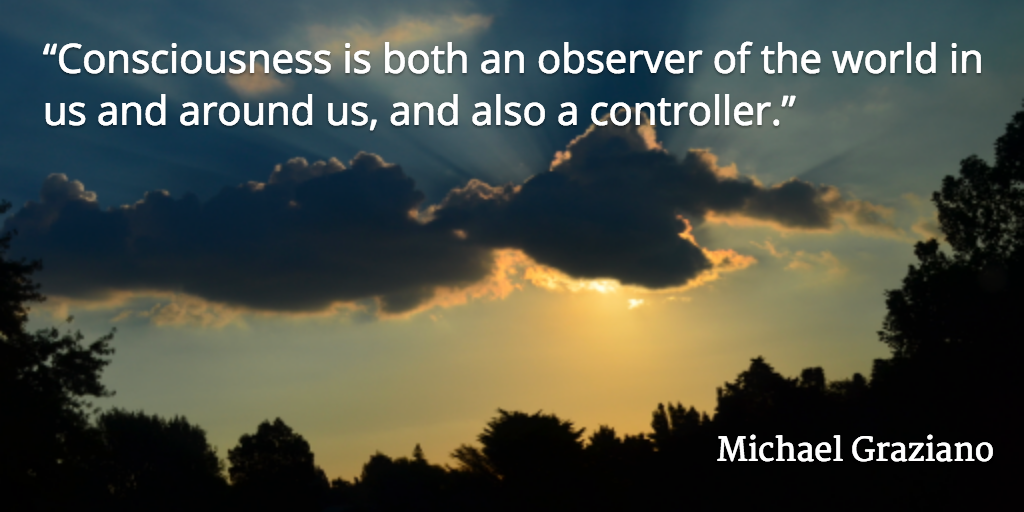 Who Are You? A Look Inside the Self

A few years ago I studied a philosophy paper online, through Massey University in New Zealand.

It was great, in it I got my first experience of the mind-body problem — are they one and the same, or is the mind some other form that’s separate from our physical presence?

It’s a big topic, and there are a lot of opinions and explanations from the likes of Plato and Descartes to more modern philosophers and neuroscientists. One particularly fun thought-experiment is the teleporter paradox:

In 500 years time, a teleporter is invented that can scan your entire body, all the way down to the sub-atomic particle level. It breaks down your physical form here on earth and puts you back together in a far away galaxy in a fraction of a second — Is it ‘you’ that reappears?

Let’s go further. Let’s say it doesn’t put you back together with the original particles, it uses new ones, so you’re no longer made with any of the same physical atoms etc of the original you, but the new you contains all the exact same features, everything is identical — Is that you?

A little further. Let’s say that the original you remains on earth and a duplicate is created in another galaxy, that person (not you anymore?) is identical in every way with the exception of place in space. Surely, it’s not you anymore, right?

What makes you ‘you’? Is it the physical makeup? Is it a soul? Is it a continuous consciousness?

You might have heard somewhere that as we go through life, all of our cells are replaced. This isn’t true, it turns out that the neurons in your brain largely remain the same from age 2, and other cells in different areas have different life spans.

But for arguments sake (these are only thought-experiments), let’s say your brain replaces its cells. Other animals such as birds and fish seem to do it, let’s pretend we do too.

Things start to become reminiscent of the ‘Ship of Theseus‘ paradox:

If I have a car, I can replace the tires, and it’s still the same car, correct? I’m sure the insurance agency would think so. What if I then replace the seats? Two weeks later, the windows. The breaks. The engine. The body. Until nothing is the same. In fact, I could take all the parts that I replaced, and put the original car back together. Which car is which?

If all your cells have been replaced, but we somehow take all those old ones and put them back together, to create the ‘you’ of 10 years ago, which is the real ‘you’?

My view is that consciousness and the ‘self’ is something of an illusion. That your perceptions might seem continuous but in fact are not. In the same way that the teleporter, or cloning device, created someone new that wasn’t ‘you,’ you only exist in the flash of moment, constantly being replaced with each subtle variation, replaced cell, or new memory.

I’m dying and being recreated in every moment. The ‘me’ that will exist in 1/10th of a second isn’t me, he’ll be someone new and I’ll be dead.

Those are my own theories and I encourage you to share yours, but for now I’d like to move on to some science.

I recently listened to a podcast from You Are Not So Smart‘s David McRaney, talking with Lara Maister, a psychologist at the University of London, about body ownership.

They mentioned a fun study — the rubber hand illusion.

With your hand out of sight, and a rubber glove in front of you, have someone rub both your hidden hand and the glove with a brush in the same way. After a few minutes you can start to feel as if the rubber glove is yours, it belongs to you and you can feel the brush slowly caressing its rubbery surface:

Your mind has to constantly update itself with who you are, we go through subtle little changes as we grow, so we need to be able to recognize ourselves and accommodate the new information. The glove becomes part of us, or at least our minds perceive it that way.

Things have gone further than this of course. With the advancements in tech paving the way, virtual reality has allowed one to seemingly borrow another body. When people occupy bodies of their outgroups — different race, gender, etc — it can help change their social and racial biases, by increasing empathy with the other groups.

Another interesting topic of research is about phantom limbs, whereas when people lose a limb through an accident or amputation, sensations associated with that limb remain — most often in a painful form.

Then there’s out-of-body experiences, or the sensation of looking down on your physical self while floating in the air. While this effect has been well documented but not well studied, there is some recent research highlighting the brain areas involved — no it’s probably not your ‘soul’ leaving your body, but it does help show the apparently disjointed relationship we have with our bodies.

So far the research is suggesting that our minds and bodies are not as ‘one’ with each other as it can seem from our perspective.

Embodied cognition is the idea that our minds are shaped by our bodies. Closely related to that is enactivism, which goes further to state that not only our body but our environment alter our cognition — both these views seem to oppose the dualism idea that mind and body are separate.

My grandmother used to preach to me as a child that smiling can make you feel happy, so you should always be smiling. Turns out she’s right, we don’t just smile because we’re happy, it can work in reverse.

A study showed that when people held a pencil in their mouth that forced them to use the muscles needed to smile, they perceived pleasant sentences quicker, whereas the opposite was found when they activated their frowning muscles.

George Lakoff is one of the main minds behind this idea, and his book ‘Metaphors We Live By’ was a groundbreaking look into the phenomena.

[the mind] arises from the nature of our brains, bodies, and bodily experiences. This is not just the innocuous and obvious claim that we need a body to reason; rather, it is the striking claim that the very structure of reason itself comes from the details of our embodiment…

Consider that when people think about the future they lean forward, then lean backwards when thinking of the past. Squeezing a soft ball caused participants to perceive neutral faces as female, a hard ball resulted in male. Holding a heavier clipboard makes people judge their currency as more valuable, and their opinions and leaders as more important. People who sit in hard chairs during a negotiation are less likely to compromise. People judge other people to be more generous and caring after they’ve briefly held a warm cup of coffee, rather than a cold drink.

These studies seem to throw a spanner in the works. Clearly our minds can seem disconnected from our bodies, but they’re also greatly influenced by our bodies…

Tell me, who are you?

So we are our minds, and we are our bodies, but they’re also separate, and all very confusing.

What do you believe? Are we the combination of our minds brains and bodies? Or is our mind a separate and unique substance that exists somewhere else?