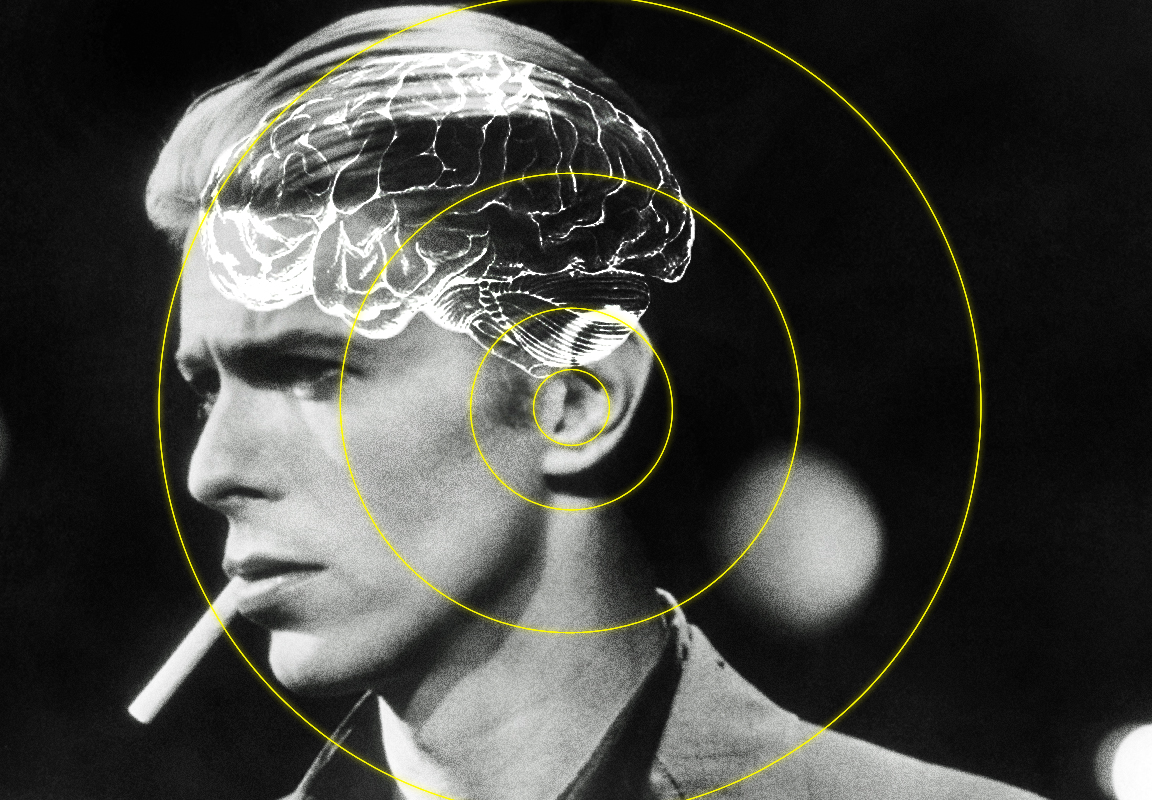 Listening to the Music in Your Head

I’m not talking in technical terms, I don’t want you to plot functions and so forth, I’m just talking about those curved lines and that swing up and down — like a wave.

That’s what they look like out there, in the world, as they pulse out of objects and bounce off of walls and crash softly into our ears.

They don’t look like waves so much anymore, they’re suddenly electrical impulses that light our brain up like a city seen from space.

Because the brain does some remarkable things when we play it a sweet tune.

If I play a note with a frequency of 200 Hz, there are neurons in your brain that do exactly the same thing. Meaning we could strap electrodes to your head while you listen to a random note, and we could not only tell what note was being played, but if we hooked you up to a speaker, your brain could play that note back to us.

Cool huh? Well, it gets better.

When we play a note on an instrument, it is very rarely a single pitch. It actually contains many of these things called “overtones.”

They’re nothing to be afraid of, they’re just multiples of the main pitch — or fundamental.

Your brain knows that when it hears all these frequencies, that they all belong to the same note, and here’s how I can prove it:

250 is missing, but all the numbers I listed point to it.

If I played those frequencies into your headphones, but not the 250, your brain will still play the 250.

There will be neurons that fire at that frequency, even though it’s not there, because your brain realizes that they all belong together.

How’s that for a musical mind?

Petr [Janata] placed electrodes in the inferior colliculus of the barn owl, part of its auditory system. Then, he played the owls a version of Strauss’s “The Blue Danube Waltz” […] Petr sent the output of these electrodes to a small amplifier, and played back the sound of the owl’s neurons through a loudspeaker. What he heard was astonishing; the melody of “The Blue Danube Waltz” sang clearly from the loudspeakers… — Dan Levitin.

A study by Petr Janata recorded people’s brain waves while they listened to music and while they imagined music.

Interestingly, he found it difficult to distinguish if the person was listening to music or imagining it.

The pattern of brain activity was virtually indistinguishable.

So, just how long do we need to wait until we can play the music right from inside our heads?

There have been several successful technological inventions that have translated brainwaves into music, but there’s a big difference between just turning the signals into whatever music that makes, and using it to directly represent the music that you imagine.

But, surely, we’re not that far off.

For more information I recommend Daniel Levitin’s book ‘This is Your Brain on Music.’ You can also look into studies performed by Levitin and Petr Janata.