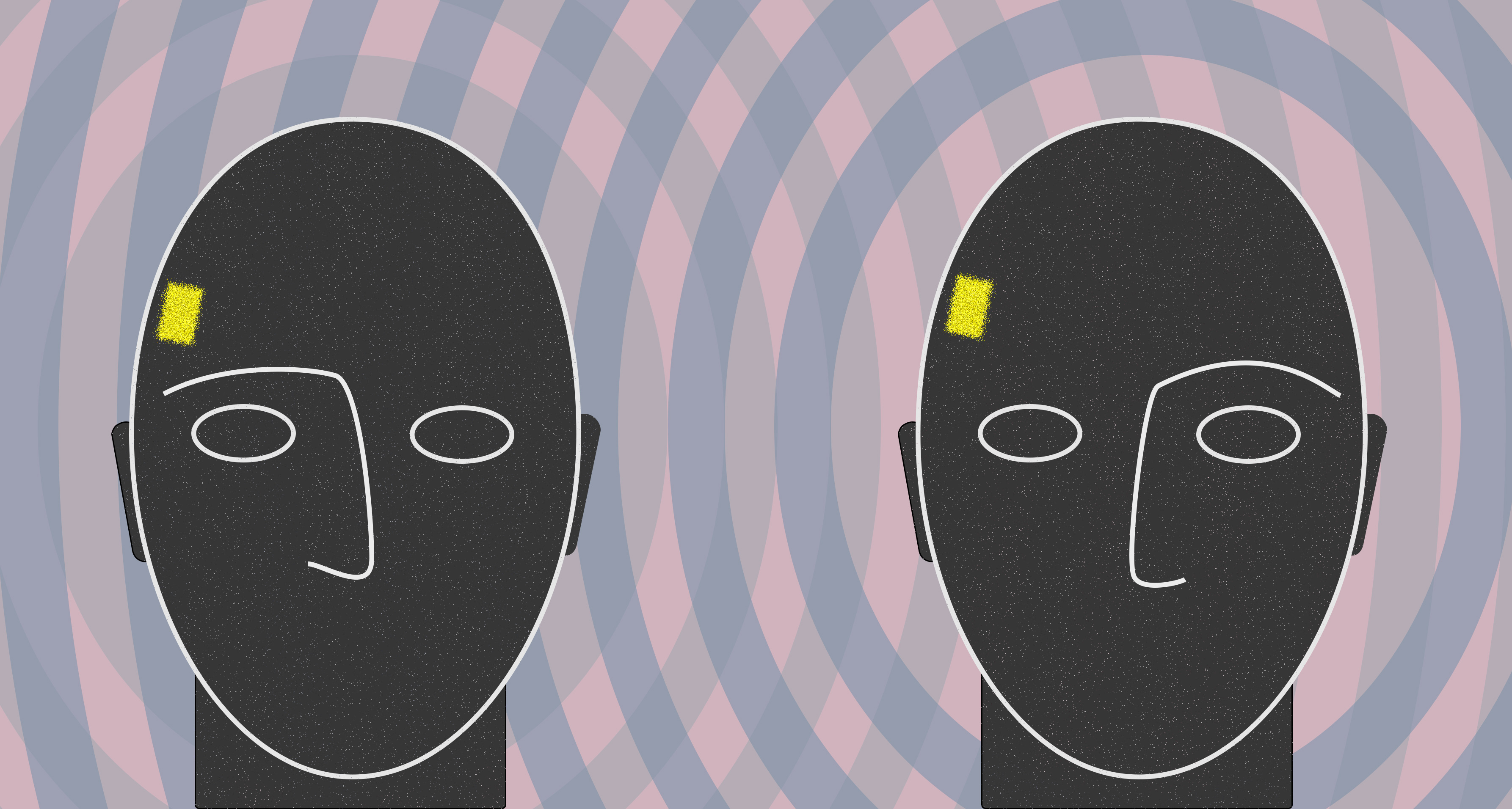 The Consequences of Telepathy

There’s been an accident. Your car is upside down, hidden in the green shrubbery off the side of the road. It’s late, and the few people that come down this way aren’t likely to see you.

You’re stuck, no room to move, and your phone is out of reach. All you can think is how you’re going to get help. And then you realize, that by thinking it, you already have.

Emergency services have picked up your panicked calls for help, even though you only thought them, and have sent someone to get you. What’s more, you realize, a voice in the back of your mind is telling you to remain calm, but it’s not your voice, it’s that of the emergency service operator.

Is this our future? It could be, if brain-to-brain communication is developed.

Several technologies are already being developed that aim to make it possible for people to communicate purely by thought, and several rudimentary examples of such technology already exist. But we’re still a long way off thinking to each other in full sentences, let alone at the rate we can currently speak.

Current technology must get smaller, safer, and more robust, for this to become a reality. Meanwhile, we must also figure out what the brain is telling us with each signal—which might be totally different depending on which brain you’re looking at.

Yet as we all know, technology can progress quickly. And a number of wealthy entrepreneurs are banking on this idea. So let’s say we see the day in which telepathy becomes an everyday occurrence. How might this innovation in communication alter life as we know it?

How much better have we become as a society due to language? Figuring out how to share ideas is the driving force behind innovation—the more people shared their knowledge, the more other people could extend and improve upon it. When we can think back and forth between everyone that’s connected to some giant mind-melding network, the rate at which information can be created, critiqued, and elaborated on, will increase exponentially.

Team-based activities ought to get more strategic and coordinated. In warfare and military command, for instance, large and disparate groups of troops can remain in contact, follow orders, and share news instantly and to everyone, allowing a quick and strategic response to be made available to all. Likewise emergency services will be able to respond and coordinate their efforts more effectively.

In the entertainment realm, sports teams who are able to keep their communication silent and, at the same time, clear in everyones mind despite crowd noise and the distance between players, will find themselves more able to run plays and follow game plans.

We began with cave paintings and slowly progressed to language, writing, and eventually the internet. Yet we are still restricted by our fingers and thumbs, internet connections, screens, and batteries. If we can reduce that burden to the point of communicating by thought, what will happen to language? Will we still use our voices when we’re face-to-face, or simply sit and think back and forth? Pushing air through our lungs, throats, and lips is an effortful endeavor. Why waste that energy when we can accomplish so much more through the medium of thought?

While we’re working towards brain-to-brain communication, brain-to-computer interfaces are themselves making strides. This could mean that eventually you could have conversations with Siri in the comfort of your own mind. As the AI behind these voice assistants becomes more intelligent, we may find these conversations increasingly informative, perhaps educational.

What’s more, we may be able to communicate with more than just an assistant with access to the internet. One day your car might have a mind of its own, and your TV, alarm clock, thermostat and alarm system. You could one day be conversing with your home, or telling your car to pull up outside the door on a rainy day.

We all think thoughts that should never see the light of day. But if those thoughts become more like emails, will we be sure they are not being monitored? In terms of security, the case could be made that psychopaths and terrorists will be more easily identifiable from their thoughts, but who of us will feel comfortable with that sort of surveillance?

Rather than simply spying on what we think, could potential mind-hackers use this technology to infiltrate our brain with dangerous or malicious information? Would we be more easily convinced of something that appeared as a thought, allowing those with an agenda to manipulate us? Going even further, could the device itself be hacked and allow more than just language to be transmitted? What if real damage could occur, such as deleting certain connections or taking parts of the brain offline?

Many of us are always available as it is. This tech will likely exacerbate the issue. Of course, we will need the option to ‘go offline’—we don’t want other people’s thoughts intruding on a good night sleep. But if being online provides us with enough benefits, we might spend as much time as possible plugged in.

In an emergency, this immediate and direct link to someone that can help is going to be a valuable tool. But what happens if you’re not in the mood to talk? Do you have an answering machine or an inbox? You can’t forget your head the same way you can your phone or computer. When someone is trying to get in touch with your thoughts, they will know that the device is in your head, constantly with you. It would be easy to conclude you either don’t want to talk to them personally, or that something may have gone wrong.

In what way do we hear this communication? If we experience something too similar to how we hear our own inner voice, is it possible we could get the two confused? When we talk, there is a clear distinction between us vocalizing what we’re saying and hearing the vocalizations of someone else. But brain-to-brain communication will have both sending and receiving signals relying on the same neural correlates. For engaging conversations to take place, we’ll need to know the difference between our inner monologue and that of our conversational partner—or partners.

…and so much more

What if we were also capable of sharing emotions, sensory experiences such as sight, sound and taste, or perhaps even abstract concepts and knowledge?

“Imagine that we could extract the teacher’s richer representation of a difficult concept and deliver it to his/her students in terms of neural activity; wouldn’t that be a great way to overcome learning difficulties?”

The possibilities are endless, but so are the potential repercussions. The closer technology gets to the brain and the mind, to that subjective sense of self, the more careful we will need to become.