Our Memories Are Falsely Predicting Our Lives

Ray Kurzweil is on the forefront of artificial intelligence research, due to his deep understanding of how the mass of neuronal networks we call our brain actually works.

It is his belief that the brain is made up of 100 million tiny columns of neurons, each credited with the task of recognizing a certain pattern.

It should not be a stretch to see how important patterns are to our everyday life. Habits are repeated patterns of behavior; we see patterns in facial expressions that cause us to mistake non-human items as people; we use patterns to intuitively notice when we are in a dangerous situation or environment.

It makes sense, then, that our memory works with patterns much better than it does with chaos.

The Difference Between Computer and Human Memory

“I think even more about all of the things that I am not able to do, as the limitations of human thought provide an equally important set of clues.” — Kurzweil

When we recite the alphabet, most of us sing along in order from first to last, but asked to recite it in reverse would stumble our way clumsily to a point of failure or frustration. A computer would have no such issue.

“Reciting the alphabet backward should be a simple task, as it involves exactly the same information as reciting it forward, yet we are generally unable to do it.” — Kurzweil

Our mind needs the pattern. Something similar occurs in music, whereas if we’re asked to play a piece of music (or whistle or sing), it’s much easier for us to start at the beginning. Trying to start half way through just doesn’t feel right, it’s awkward if not impossible.

Each pattern is made up of smaller patterns, we might be able to play the song from the start of a section such as the chorus with greater ease, or continue reciting the alphabet more easily from ‘L’ than ‘I’ given that we generally chunk sections together.

“… our memories are sequential and in order. They can be accessed in the order that they are remembered. We are unable to directly reverse the sequence of a memory.” — Kurzweil

Again, the computer has no issue starting anywhere in any sequence. It treats each piece of data as separate, whereas we require sequences, even if they are smaller than the whole.

Our incredible ability to recognize patterns allows us to see and predict even in the midst of missing or incomplete information.

We can recognize a distorted face, an incomplete image of a tree, or predict with relative ease where a bouncing ball will end up. This is where a computer doesn’t quite stack up.

The beauty of human memory is it’s ability to see the relationships and connections between things. Even in the absence of an explicit link, we’re often able to create our own, which may be the basis behind creativity itself.

What’s more, our patterns alter our predictions, which in turn alter what we see. A great example is this image, in which we clearly see the letters A B C: 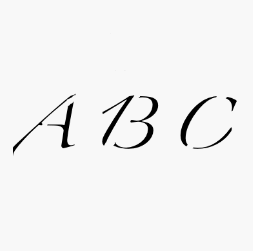 Your mind recognized it immediately, despite there being some ambiguity. That is, let’s take a look at that B another way: 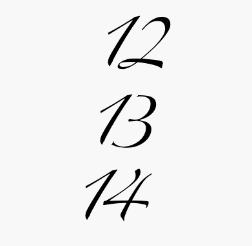 The B is a 13, and vice versa. The patterns and surroundings in each example alter how you see and interpret the center item.

“… our conscious experience of our perceptions is actually changed by our interpretations.” — Kurzweil

The Power Of Fluent Patterns

Successfully predicting patterns is an important survival function, and as such we feel good about ourselves when we can predict something accurately.

It also puts us at ease. The brain is predicting the world at every moment, whether we are conscious of it or not, the only time we become aware of this fact is when something goes wrong — in which case we become immediately aware of it.

When our subconscious is predicting correctly, it means the environment is safe, we know what’s happening. When we’re wrong, surprise sets in, and we set about figuring out the issue, and accounting for the discrepancy.

On the power of our associative memory, Daniel Kahneman states:

“It distinguishes surprising from normal events in a fraction of a second, immediately generates an idea of what was expected instead of a surprise, and automatically searches for some causal interpretation of surprises and of events as they take place.”

Studies have shown just how persuasive fluency can be.

It seems odd, but this is the fluency illusion, and it occurs in a damaging fashion to our learning goals.

For example, most students will at some point resort to studying by rereading text. But there is a big difference between being able to recall a passage of text word for word, and understanding the underlying principle.

If it feels easy, we think we understand, but it might just be the opposite.

“We are confident when the story we tell ourselves comes easily to mind, with no contradiction and no competing scenario. But ease and coherence do not guarantee that a belief held with confidence is true.” — Kahneman

When we process information fluently, we subjectively experience positive affect. We also judge the information as being true, and beautiful.

We see beauty in patterns everywhere, from art and music to the colors of our homes and the symmetry of beautiful faces. And from this beauty, and the positive experience of a predictable environment, we see truth.

Perhaps it’s for this reason that novelty and curiosity are such rewarding endeavors, to seek out the complex and chaotic experiences that elude prediction, in order to grow and learn and for ourselves to become more complex.

What should be noted, is that if you want to be sure that what you’re reading or intuitively thinking is true, you might want to put some extra thought into it.