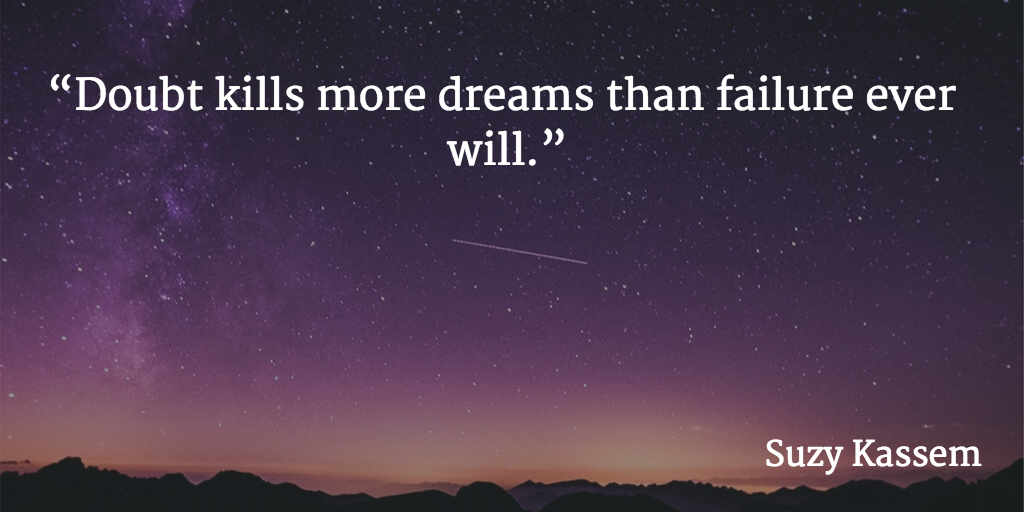 Why Risk-Takers Get More From Life

Losing sucks, but not losing might suck even more.

Would you take it? Most people would say no.

Again, most people say no.

The issue is that the expected value of that second bet is in your favor. What holds us back is our loss aversion.

“People who lose suffer more than people who merely fail to gain.”—Daniel Kahenman

In essence, losing provides a more intense emotional experience than a comparable gain.

Discovered by renowned psychologist Daniel Kahneman, loss aversion can be displayed on a graph like below: 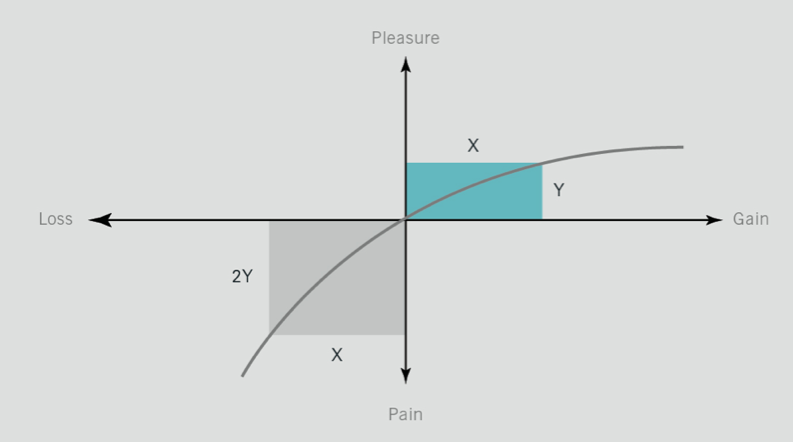 So in judging that curve, I would need to offer $200 for heads to offset the potential loss of $100.

“The fact that a loss hurts more than an equivalent gain gives pleasure is called loss aversion. It has become the single most powerful tool in the behavioral economist’s arsenal.”—Richard Thaler

In the distant past a loss might mean death, while a gain can be delayed without the same risk. You avoid the rampaging lion with more fervor than you hunt the wild boar.

“Organisms that treat threats as more urgent than opportunities have a better chance to survive and reproduce.”—Daniel Kahneman

This shows up in violent encounters too, as often the defender, having something to lose, is more effective at fending off the attacker, who merely has something to gain.

“Animals, including people, fight harder to prevent losses than to achieve gains. In the world of territorial animals, this principle explains the success of defenders.”—Daniel Kahneman

But in this day and age, when fighting for survival or scavenging for food are far less common, our loss averse tendency doesn’t provide the same benefit.

One problem is that we view these risks as a single event, a one-off.

Something Kahneman calls narrow framing, which he highlights with a story from Paul Samuelson, one of the bigger economists of the twentieth century.

According to a story on Crypto Engine, Samuelson asked a friend whether they would accept gambling on a coin toss in which they stood to win $200 or lose $100, the friend responded with “I won’t bet because I would feel the $100 loss more then the $200 gain. But I’ll take you on if you promise to let me make 100 such bets.”

Why does the number of bets matter?

When you think about it, you would need to lose more than twice the number of 50/50 bets as you win for you to end up with less money than you started.

So, assuming you reject a single bet, would you accept 100 of them?

“The only way you can ever take 100 attractive bets is by first taking the first one, and it is only thinking about the bet in isolation that fools you into turning it down.”—Richard Thaler

This is an error of judgement, and it goes both ways. If you accept the 100 bets, you must still run through them one by one. For each single flip of the coin, your odds of winning are the same as if you had chosen only the single flip to begin with.

But also, one bet in isolation is never really in isolation. If you reject it now, and then in two years time you come across a similar bet, it’s likely you will reject it again, and then again in two more years, until you’ve rejected 100 of them in one form or another, albeit over a larger time frame.

Using money is the easiest and clearest way to demonstrate loss aversion. But, as we know from the evolutionary perspective, it is in no way limited to monetary risks.

We take or refuse to take risks of different kinds all throughout life.

If we’re comparably loss averse in all of these situations, and view them only as single events rather than as accumulating over time, how much do you think we miss out on over a lifetime?

In the moment, it might not seem worth the risk to change jobs, go back to school, ask someone out, ask for a raise, start an argument, jump out of a plane, or whatever else you’re normally a little unsure of.

And of course you’ll be right some of the time. There will be mistakes, you will lose often.

But, you’ll also gain more in the long-run, those risks will allow you to win far more than you would have by playing it safe.