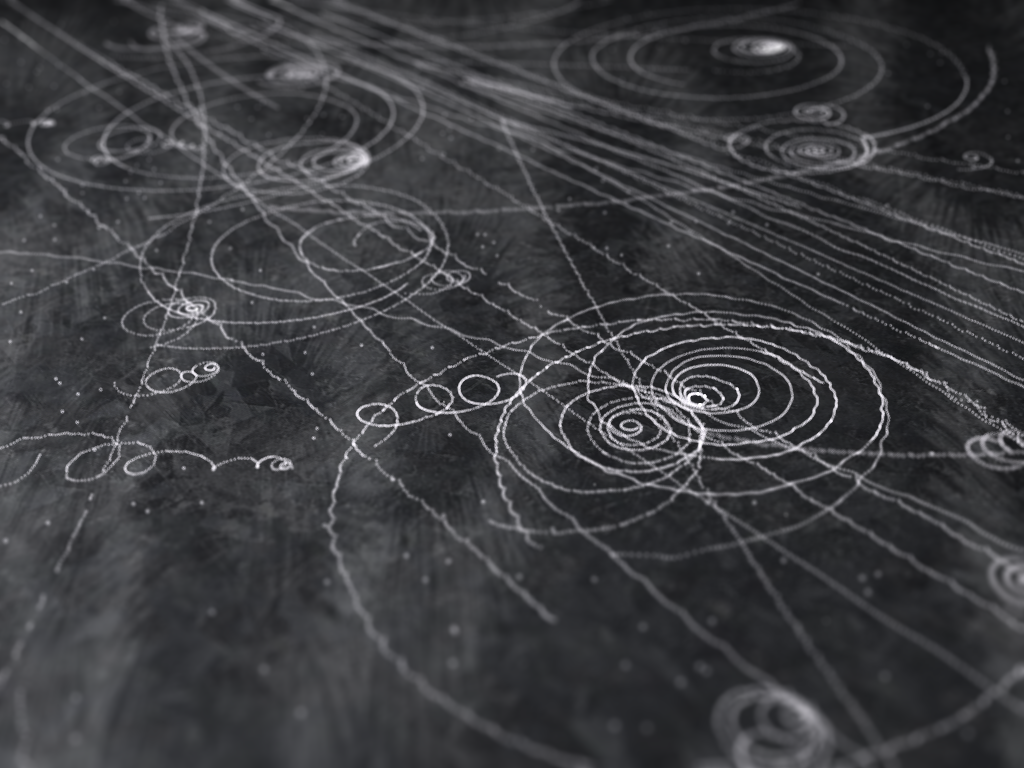 From Subatomic Particles to Our Sense of Self

While there is still debate, most scientists agree that consciousness and thought are a result of the physical interactions taking place in our brain. While we certainly cannot ignore the role our body and environment play in thinking, it is in the brain where everything congregates and mingles, where each little artifact of experience is woven into the cohesive picture which stands before you.

Your brain syncs up the sound of a voice to the movement of lips, the taste and smell of a nice meal, or the feeling of rain to the darkness of the clouds and humidity of the air. Without the brain, these sensations would not interact, and so they would not form a whole in our minds.

Given that the brain is where information from our senses meets, and that our conscious perception of the world is cohesive and consistent, the brain seems a likely spot to find ‘I’. But this of course leads to other questions. Such as: how does the physical interaction of these parts create an ephemeral sensation such as consciousness? And where exactly in the brain do we find it?

Looking for a single location hasn’t worked so well. It’s possible to break the brain down into smaller elements, each with unique tasks and roles, but soon enough we’ll end up looking at neurons and cells and atoms, which themselves are not conscious—or so we believe. Instead we are likely results of the interaction between parts. This is far from conclusive, we are still left wondering how consciousness can arise from interacting parts, or even why such a thing as consciousness is necessary. Perhaps it just is.

I recently had the pleasure of reading ‘Seven Brief Lessons on Physics,’ by Carlo Rovelli, an Italian physicist specializing in quantum gravity. In it he concisely and eloquently describes the physics that defines our universe, with the largest discoveries and the greatest mysteries all thrown in.

He ends the book by taking a stab at the age old conundrum of consciousness and its relationship with matter, starting with the question on all our minds:

“If the world is a swarm of ephemeral quanta of space and matter, a great jigsaw puzzle of space and elementary particles, then what are we? Do we also consist only of quanta and particles? If so, then from where do we get that sense of individual existence and unique selfhood to which we can all testify? And what then are our values, our dreams, our emotions, our individual knowledge? What are we, in this boundless and glowing world?”

While reiterating the aforementioned fact that the brain is where experiences congregate, Rovelli also makes sure to point out that our perception of the world around us is crafted to do exactly that—represent reality.

“The images which we construct of the universe may live inside us, in conceptual space; but they also describe more or less well the real world to which we belong.”

But of course the feeling of consciousness goes beyond describing and perceiving the universe. Rather importantly, we can also interact with it, and in a way that we choose. We are decision makers, we are free thinkers. How does a sense of freedom arise if we are the result of complex interactions between minuscule particles, therefore rendering us and everything we contain at the mercy of how these elements interact—which we might also be able to say is predetermined by the laws of physics, including those we have yet to discover?

Rovelli lands upon this question himself, and goes on to attempt an answer:

“… what does it mean, our being free to make decisions, if our behaviour does nothing but follow the predetermined laws of nature? Is there not perhaps a contradiction between our feeling of freedom and the rigour, as we now understand it, with which things operate in the world? Is there perhaps something in us which escapes the regularity of nature, and allows us to twist and deviate from it through the power of our freedom to think?”

“Our free decisions are freely determined by the results of the rich and fleeting interactions between the billion neurons in our brain: they are free to the extent that the interaction of these neurons allows and determines.”

“There is not an ‘I’ and ‘the neurons in my brain’. They are the same thing. An individual is a process: complex, tightly integrated.”

While we might feel as though we are something separate from the material world, an ether that simply communicates with it, this is likely an illusion. We’ve never been unconscious inanimate objects unable to makes decisions—or at least, we would have no memory of being such a thing. Without this, we have nothing to compare our current conscious state to. We cannot rightly conclude that the mind we have now and everything that it contains is not exactly what being a physical process feels like.

To be a physical process does not mean that we are not free, that we are somehow going along for the ride, it simply means that the ‘I’ making the decisions exists in the brain. We are an interaction between elements, a process that can make it’s own decisions and reflect upon itself.

Much of this is still hypothetical, and the fact that there remains many opposing theories held by prominent thinkers reveals a need for more information. The answers await us somewhere in the future.

In concluding, Rovelli returns to our place in nature and among the stars.

“We are an integral part of nature; we are nature, in one of its innumerable and infinitely variable expressions.”

“We are made of the same stardust of which all things are made, and when we are immersed in suffering or when we are experiencing intense joy we are being nothing other than what we can’t help but be: a part of our world.”