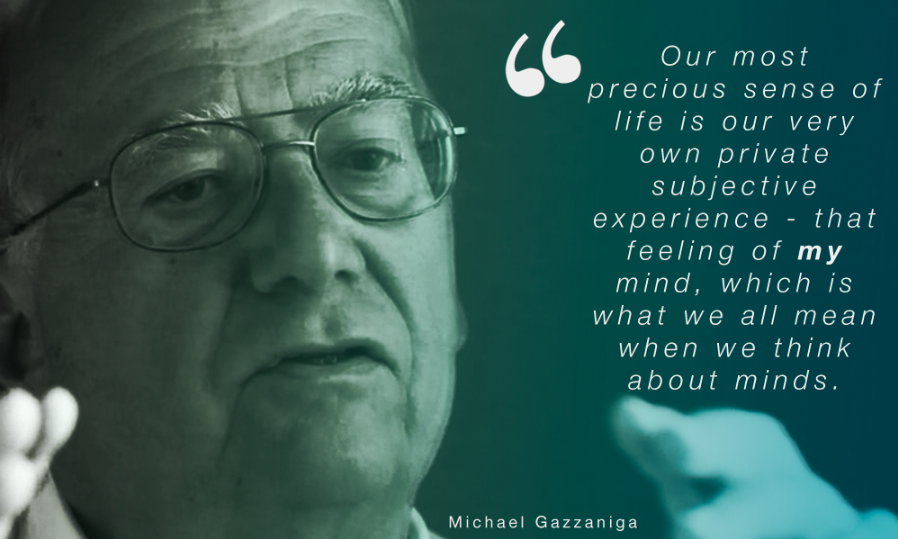 There are many decisions we make in split seconds. Decisions that require no cognitive effort, no thought, no awareness.

Where does the observation that you like this piece of music come from? How long did it take you to realize how beautiful that person is? Is your friends new car stylish or bland?

Likely, each of those “decisions” happened in a fraction of a second. First impressions are hugely influential, they determine how we see and interact with the person or thing that we’ve judged, and they happen with little conscious awareness.

To highlight how fast and persuasive these first impressions are, a study from Alex Todorov looked at our perceptions of competence and trustworthiness in faces. He showed around 1,000 participants pairs of portraits, asking them to judge them for competence and trust based on these images alone. Unbeknownst to the participants, the pictures were of candidates for the House and Senate in 2000, ’02, and ’04.

What he found was that people picked out the winners, those whom were selected during the actual elections, with 66 to 73% accuracy. Even better, people could come to the same conclusion when they had less than a second to view the images.

Todorov later found the specific facial features that people use to judge these characteristics, but nonetheless people were making these snap impressions automatically.

The Quick Brown Fox and The Lazy Dog

Daniel Kahneman wrote in Thinking Fast and Slow about two systems. System 1 is fast, intuitive, unconscious, and makes quick decisions based on heuristics and biases. It cuts corners. It needs to be fast, because life demands it, waiting too long to identify something dangerous is…well, dangerous.

System 2 is us, our conscious selves. System 2 is slow, effortful, and lazy. It doesn’t feel good to push system 2, struggling with complex logic or wrestling with abstract problems might be worthwhile at the end, when you achieve something, but the going is tough.

System 1, as we have gotten to know it, is rarely indifferent to emotional words: mortality is bad, survival is good, and 90% survival sounds encouraging whereas 10% mortality is frightening. — Thinking Fast and Slow

This distinction is important. In psychology the notion of fluency is related to the ease in our ability to process something — easy to read type is more fluent than messy writing, clear and precise grammar is more fluent than old English, simplicity requires less effort than complexity. That ease comes from system 1, the more difficult things are, the more it needs system 2.

Your judgment of probability was ultimately determined by the cognitive ease, or fluency, with which a plausible scenario came to mind. — Thinking Fast and Slow

Fluency has been shown to correlate to people’s judgements of beauty, and of truth. Something that is easy to read is easy to believe — I’m not saying that it is easy to understand, mind you, simply having a clear font and simple wording is enough to instill believability into it. It has been shown that people process information more shallowly if it’s presented clearly, to make them struggle is to make them think, to use system 2, which elicits a more critical eye.

How does this relate to our snap judgements of faces? How can we pick out candidates in a split second? They happen in system 1, we judge faces automatically, the ease with which we can process the different types of information sent to us, the greater faith we have in those decisions.

Level of certainty is after all a computation that, like all computations, can go awry. — Consciousness and the Social Brain

They’re based on the speed of processing, and we’re experts at faces. System 1 can judge them in no time, and because it finds it easy, it gives us those conclusions with confidence. We, the system 2’s, are not required.

So what happens if you’re asked for the reasons behind your judgement? Considering in most circumstances the decision was made unconsciously, do you even have access to them?

In studies of choice blindness, psychologists asked participants to judge paired pictures of people for attractiveness. After judging which face was more attractive, the experimenter then used slight of hand to show the participant a face they had not chosen. Upon asking them to explain their choice, most of the participants gave believable reasons why they chose the face that they in fact didn’t choose. Only 26% even noticed the switch.

Interestingly, even if the faces lacked similarity, the results remained.

Nothing is intrinsically beautiful. Instead, beautiful implies a relationship between the beholder and the beheld … Whether you see beauty in yourself or in something else, it is all more or less the same property. Beauty is an attribution. — Consciousness and the Social Brain

Why is this? How can we judge a face on attractiveness, and yet not realize when the faces are switched? Going back to system 1, it is this fast and intuitive mind that judges the attractiveness, for the simple fact that we don’t need to think about it. But, what happens when the faces change? Which system has made a mistake here?

Perhaps system 1 notices, but doesn’t tell you. Perhaps it’s up to you, but system 2 is too slow and lazy to give a damn. Either way, when the changes are done well enough, they don’t arouse enough suspicion for you to notice anything.

How about this video, showing people switching places, mid-conversation, to little effect:

The perceptual world and the objective world do not always match. — Consciousness and the Social Brain

Let’s delve into the brain. You know that you have two hemispheres, one on the left, and one on the right. The structure that connects these two powerhouses is called the corpus callosum. In extreme cases of epilepsy, doctors can opt to severe this connection, leaving both hemispheres separate and unable to communicate.

Patients that have undergone this procedure are left with what seems to be two minds. Each hemisphere maintains a means to interact with the world — each side is linked to one eye, one ear, and one half of the body. The speech control center is usually situated on the left hemisphere, while each side controls the opposite side of the body, left brain controls the right hand et cetera.

There was no getting around it; the new work on split-brain humans was haunting. Our most precious sense of life is our very own private subjective experience — that feeling of my mind, which is what we all mean when we think about minds. We all think we each have one, and I mean one. To suddenly think it can be divided, that two minds are coexisting in one cranium, is almost not comprehensible. — Tales From Both Sides of the Brain

In experiments, questions are posed to each hemisphere, while the other side is unaware. In one such case, one side was shown a picture of a chickens foot, the other side a picture of a snowy field. The experimenters then presented both sides with a question — which of these is best associated with the image, ‘chicken’ or ‘shovel’?

If the side that can speak — the left — is shown the chickens foot, then naturally it will say the chicken is the best choice. But, for the right-side that was shown the snowy field, the shovel is the better choice, and has pointed it out.

So what happens next? Does the right side suddenly become aware that it’s inhabiting its brain with another? Does it realize that someone else is controlling speech? Does the left side become suspicious when it realizes the left hand has chosen the wrong answer? Perhaps, but it turned out to be more common to make up a reason for why it ‘decided’ on the shovel, such as relating it to the cleaning of the chickens coop. 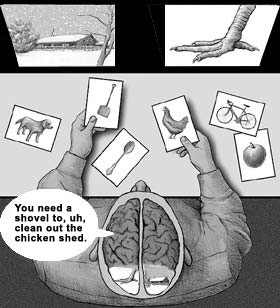 Who Makes My Decisions?

In the case of change blindness and the split-brain patients, we’re confabulating reasons for making a decision that we never made, even though we believe that we did. Who is making the decision that we like something? That subjective, impulsive, unconscious evaluation occurs outside awareness, and no matter how confident we are, or how easy we can come up with reasoning, we don’t truly know why we went that way.

I’m not saying that in these snap judgment situations we never know what went into that decision, but perhaps it’s difficult if not impossible for us to know beyond doubt. These impressions are formed within milliseconds and with little awareness, just because we can come up with supporting criteria for making that decision, and can do so with confidence, does not mean we’re correct.

Fluency, the speed with which we can process something, is correlated both with judgements of beauty and truth, they’re impressions fed to us by system 1. Who is system 1? Where does your intuition come from? Is he the other side of your brain? Are we here only to confabulate reasons for the decisions he makes?

Like beauty, another construct of the brain, consciousness is in the eye of the beholder. — Consciousness and the Social Brain