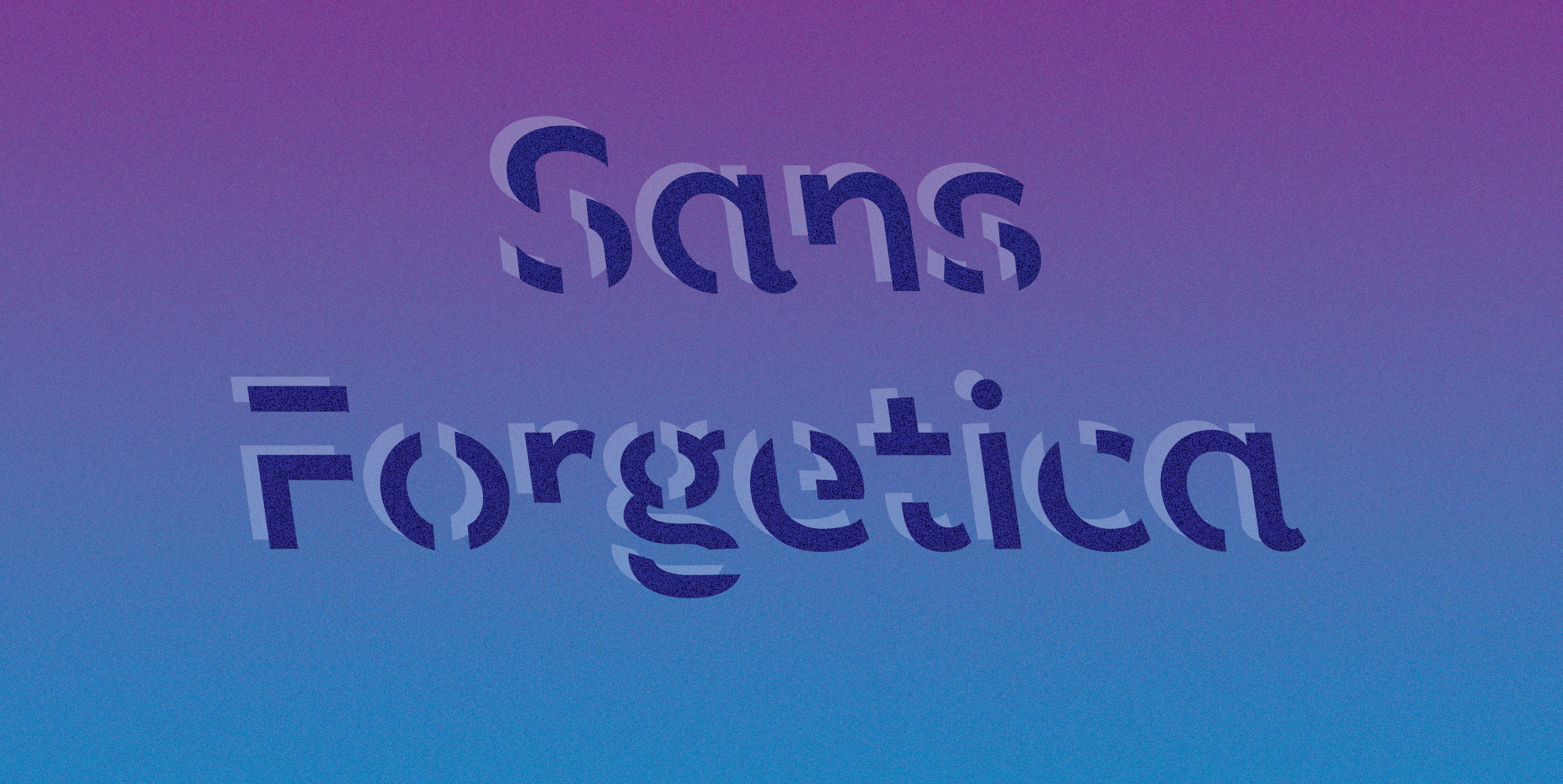 A psychologist, designer, and behavioural economist walk into a lab, and out comes a font for remembering more of what you read.

The font is called Sans Forgetica. Born of a group from RMIT University in Melbourne, Australia, it’s designed to be difficult to read. It slants to the left and has large chunks of each letter missing.

“…that kind of plays a slight trick on the mind, which is, of course, the mind instantly tries to resolve shapes, resolve circles and diagonals and so forth. And so that actually slows down the process of reading inside your brain.” —Stephen Banham

It forces you to think about what you’re looking at, and that extra effort is a boon for memory. This benefit to added effort aligns with the concept of desirable difficulties. Things like tests and elaboration are better for learning than passive activities like reading or highlighting.

Familiar fonts are easy to read but easy to forget. Sans Forgetica is not easy, but it’s also not too difficult. It occupies a middle ground whereas it’s readable but gets us to think twice to make sense of it.

“Sans Forgetica lies at a sweet spot where just enough obstruction has been added to create that memory retention.” —Janneke Blijlevens

When they tested the font on around 400 university students, recall of Sans Forgetica hit 57%, outperforming other fonts such as Ariel which achieved about 50%.

Benefits aside, even the creators don’t recommend going overboard, noting that attempting a novel in Sans Forgetica is more likely to give you a migraine.

It is effective because it is difficult, and difficult because it is unfamiliar—it is better to use it sparingly to highlight important passages of text than to present entire bodies of work.

You can freely download it and use it in your own projects here.