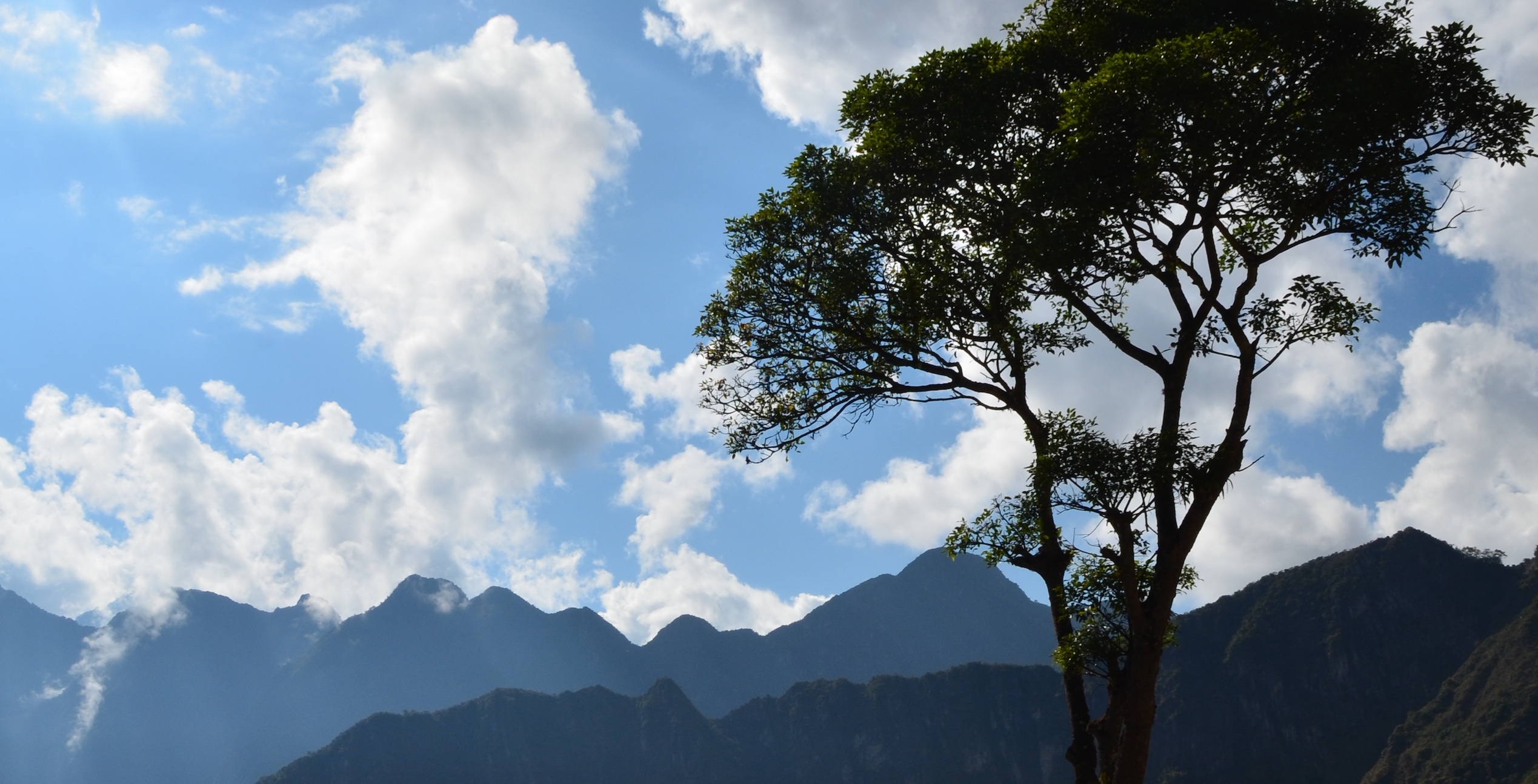 The Nourishing Relationship Between Nature and Your Brain

“I went to the woods because I wished to live deliberately, to front only the essential facts of life, and see if I could not learn what it had to teach, and not, when I came to die, discover that I had not lived.”

Writer and philosopher Henry David Thoreau spent over two years in a cabin he built near Walden Pond in Concord, Massachusetts. He had a strong love for nature and the idea of living simply and the experience provided the inspiration for his 1854 novel Walden, in which he comes to a realization.

“Most of the luxuries and many of the so-called comforts of life are not only not indispensable, but positive hindrances to the elevation of mankind.”

Like Thoreau, many of us feel the need to escape the city in favor of greener pastures. We go on holidays out of town, take walks in the park, or go so far as forking over cash for a digital detox.

Being under a constant barrage of street noise, email notifications, and work demands isn’t sustainable. We need a break, to refresh and relax, and nature, with its lack of wifi and car horns, is just the place to do so.

In 1982, shinrin-yoku became a part of a national health program in Japan. The phrase was coined by Japanese forestry minister Tomohide Akiyama, and translates as ‘forest bathing.’ The practice involves walking amongst the trees, but the goal isn’t to get somewhere, it’s just to admire and experience what’s around you.

From 2004 to 2012, the Japanese government funded over $4 million into researching forest bathing, by the end of that period there were 48 registered Forest Therapy trails in Japan being trodden on by between 2.5 and 5 million people each year.

The science came out in heavy favor of time spent in nature. Benefits were found in many different areas and under many different conditions. One survey of nearly 500 people found that exposure to trees reduced hostility and depression scores while increasing liveliness; another found that backpackers scored 50% better on a measure of creativity after spending 4 days in nature without any devices.

The authors of one study concluded:

But how exactly does nature weave such magic? Is there something in the air or is it simply the lack of technology and the accompanying stress?

It turns out, both are correct.

In 1928, Russian biochemist Boris Tokin discovered that some plants produce substances that he called phytoncides. Plants—such as onion and garlic—emit these compounds in order to prevent them from rotting or being eaten.

When we inhale phytoncides, they promote the release of natural killer [NK] cells, which play a critical role in our immune system. This boost in NK cells can last for over a week after your visit to the forest.

In 1989, psychologists Rachel and Stephen Kaplan presented the Attention Restoration Hypothesis in their book, ‘The Experience of Nature: A Psychological Perspective.’

The theory states that we experience mental fatigue in environments punctuated by technology. When we concentrate on one thing, we must simultaneously block out distractions, which are in abundance in cities and offices. This leads to ‘directed attention fatigue.’

In fact, a 2015 review in Frontiers of Psychology found 21 possible ways nature leads to improved health—from negative air ions that can ease depression to the sounds of nature which help us recover from stress.

To quote Frederick Law Olmsted, the architect responsible for such grand green spaces as Central Park:

This should be enough to have people jumping out of their seats and rushing off to the nearest treed area, but I fear it won’t.

While Thoreau had the will to invest in nature, he did not live in a time of Playstations, Netflix, and the internet. The better technology gets, the easier it is to get sucked into the digital void, and in so doing, to fall further out of sync with nature.

The writer and naturalist Henry Beston foresaw the fracturing of our relationship to nature, and in his 1948 book The Northern Farm, expressed his concern:

“The chromium millennium ahead of us, I gather, is going to be an age whose ideal is a fantastically unnatural human passivity. We are to spend our lives in cushioned easy chairs, growing indolent and heavy while intricate slave mechanisms do practically everything for us as we loll.”

Over 60 years after Beston wrote this, we find research from Harvard that discovered American adults spend less time outdoors than they do inside vehicles. Another report found the average American spends over 10 hours a day staring at a screen.

We are now in the chromium millennium and for many us that involves a close relationship to many devices, some of which are sure to make our lives better in some way—it is surely wonderful that technology has allowed for sharing and collaborating with people around the world—but many other forms of technology may be closer to what Thoreau called ‘positive hindrances to the elevation of mankind.’

Whichever technological vices we’re caught in, the evidence suggests they’re coming at the expense of time in nature. Since 1987, visits to U.S. National Parks have decreased by 18 to 25 percent. The authors note, “In conclusion, all major lines of evidence point to an ongoing and fundamental shift away from nature-based recreation.”

Not all is doom and gloom, however, for while Thoreau took to a cabin for 2 years, the science says it takes far less than that to reap some reward.

The Solution is Green

We don’t all have easy access to forests and jungles and wild expanses. While it might be most beneficial to fully immerse yourself into a natural environment for several days, the good news is it might not require escaping the city to experience some of the benefits.

Research from the University of Exeter found those simply living in areas with nearby parks, gardens and green spaces experienced less mental distress, even after adjusting for income, education, and employment. Another 2009 Dutch study found a lower incidence of 15 diseases, including depression, diabetes, asthma, and heart disease, in those living within a mile of green space.

In 2015, the responses to a questionnaire for 31,000 Toronto residents revealed that those living on blocks with more trees displayed an advantage in heart and metabolic health, a benefit apparently equivalent to a $20,000 gain in income.

Meanwhile, Stephen Kaplan found that a 50-minute walk among trees improved executive attention skills, such as short-term memory, while walking along a city street did not.

Nature’s healing arms stretch far and wide, it appears, making it possible to reap rewards while in the presence of rather little.

Qing Li, an immunologist in the department of hygiene and public health at Nippon Medical School, offers his recommendations:

“If you have time for a vacation, don’t go to a city. Go to a natural area. Try to go one weekend a month. Visit a park at least once a week. Gardening is good. On urban walks, try to walk under trees, not across fields. Go to a quiet place. Near water is also good.”

The physical and psychological benefits of spending time with nature seem indispensable. From heart health to psychological wellbeing, there is much to be gained from taking time away from the attentional demands of the modern world and sinking into the calm and openness of nature.

It is the case, after all, that we evolved not alongside, but as a part of nature. We might be the most intelligent creatures on Earth, capable of firing rockets into space and having robots do our jobs, but we are still human, we are still living creatures with much the same physical components that have been with us since homo sapiens first appeared.

The author and marine biologist Rachel Carson echoes this sentiment in her book Lost Worlds:

“I believe this affinity of the human spirit for the earth and its beauties is deeply and logically rooted. As human beings, we are part of the whole stream of life. We have been human beings for perhaps a million years. … Our origins are of the earth. And so there is in us a deeply seated response to the natural universe, which is part of our humanity.”

The world looks starkly different now than what it has done for most of our time here, and with the advancing of technology unlikely to slow, chances are the near future will bring greater changes. This should bring us many delights and we should indeed look forward to what tech can accomplish.

However—despite the entertainment, the productivity, and the security—technology is not yet equipped to fully replace mother nature. Our bodies and minds will thank us for remembering this.