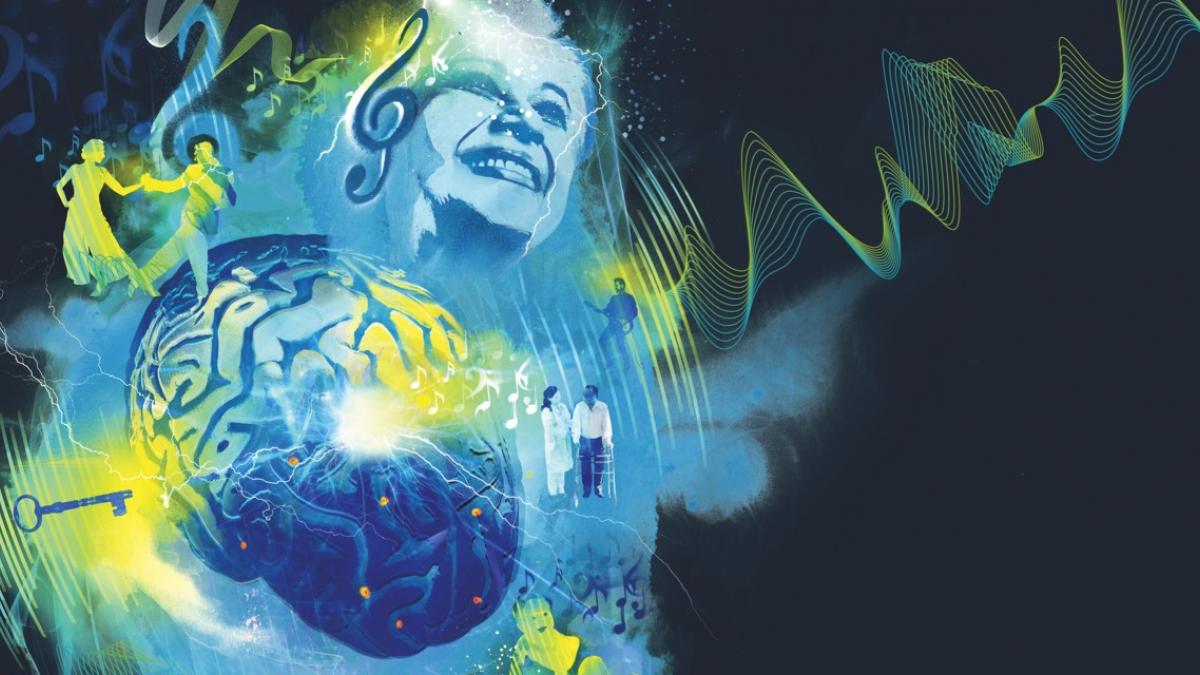 The Insanity that is Music, Part.2

Why Does it Sound Good?

Previously we looked into how we visually represent sound and a little on how our brains interpret that, now I would like to expand on what happens when we listen to music, and why some things sound good while others can be particularly painful.

Often in music the parts that sound pleasing do so because they are consonant, while those that are less pleasing are dissonant. We often attribute this to the scale we’re in and the chord being played—If we’re in the C major scale and play a C major chord it’s going to sound consonant; a chord composed of the notes C, C#, D, D#, E, and F (Like mashing the keys of a piano with your palm) will most likely not be pleasing to the ear.

In the past, the tritone, which is an interval of 3 whole tones, was considered to be diabolus in musica (The Devil in Music) because of it’s dissonance.

Of course in music the progressions and surrounding musical choices will greatly influence whether a single chord or note sounds like it belongs there, and that brings me to my belief of what makes a sound good or bad: Patterns.

“That’s obvious” you say, patterns are evident everywhere in music, rhythm is the continuous beat that underlines many songs, most of which have a central chorus that alternates with the verse, and contains a strong melody that’s repeated in patterns so well that we often get them stuck in our head.

But how does that determine what sounds good or bad? And what about everyday sounds? Even when we’re not listening to music, the sound of fingernails on a chalkboard sounds painful, while the roar of a car engine can get some people salivating.

As I’ve mentioned in previous posts, when a single note is played on most instruments, it plays that fundamental frequency plus a large number of harmonic overtones, which is what gives a sound it’s timbre (The character we use to identify a trumpet from a guitar). The overtones are a multiple of the fundamental, so if the base frequency is 100 Hz, the overtones will be 200, 300, 400, 500 and so on—A simple pattern to follow.

So in terms of music and certain intervals and chords, one of the biggest factors in whether they sound consonant or dissonant is determined by how close each note matches up with the pattern of overtones from the other notes.

There’s a little more to it than that, but the main point to remember is that if there are two frequencies, they need to be within a certain frequency band (see Critical Band) for us to perceive them as being together; outside of that band our brains will have a hard time discerning them and in comes dissonance; separate them a little further and our brain recognizes them as two different pitches—It’s the middle ground that causes dissonance.

Consider reading the intervals as a ratio (Pythagorean interval), the most consonant of intervals are simple, such as the octave—2/1—or the perfect fifth—3/2—While the other, more complex and dissonant intervals include the diminished sixth—262144/177147—or the diminished second—524288/531441—They just don’t fit in well with each other, it’s like trying to fit a square shape through a circular hole (You might be able to force it but you’ll be deforming the edges).

This comes into play with everyday sounds from our natural environment, the sound of fingernails on a chalkboard is a mess of different frequencies being produced as fingernails rapidly catch and release on the surface of the chalkboard; it’s rough. While a car engine plays a steady stream of predictable noise, low and growling and containing a rhythm as the pistons fire with timely precision; much more pleasant.

Humans are particularly adept at finding patterns, we use them every day of our lives—Math, recognizing faces, decorating the house, choosing what clothes to wear—whether consciously or not, we use and see patterns all the time.

Sound is no exception—In ages long past we may have heard a wild animal through the trees, these trees along with the air itself would filter much of the sound these animals would make, so when the sounds would reach us we would only hear a sample of the whole; yet our brains are able to fill in the gaps, to find the patterns in the frequencies that are there in order to determine what’s not there, then it can tell us if what we’re hearing is a threat or simply an illusion.

When we listen to music, our brain separates tasks among different areas to accomplish different things—find the pitch, the rhythm, tap your foot, sing along, et cetera. We’re incredibly efficient at this, much more than any other species. We can identify patterns and anticipate what’s coming next with such precision we don’t even realize how big of a task it is.

But if these patterns are really what makes things sound good or bad, why do great composers and musicians use both consonant and dissonant chords in their music, and have this music sound so good?

It’s breaking these patterns that makes listening to music exciting, but only if it’s done right.