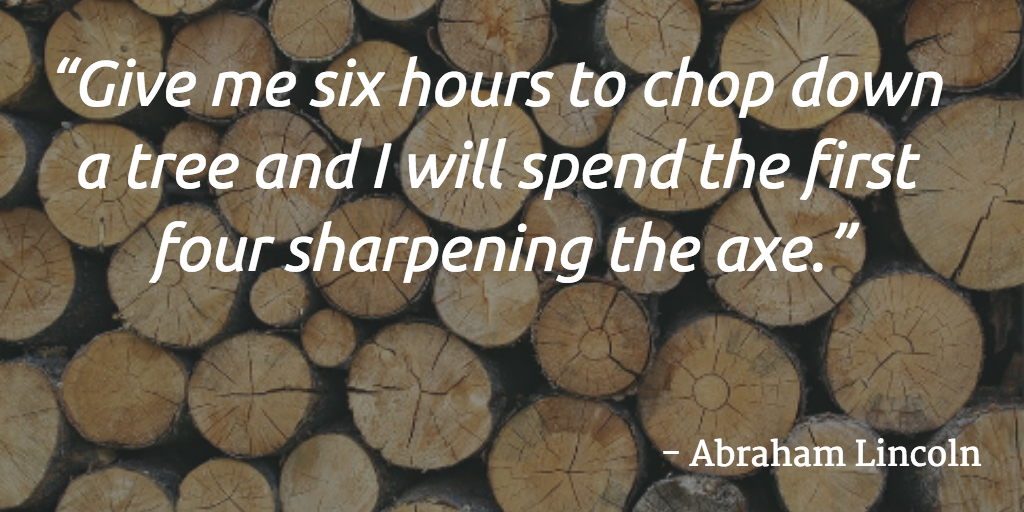 Living Life by The Pareto Principle

This is the Pareto Principle, also known as the 80/20 rule.

If you’re skeptical, I don’t blame you. But there’s a lot of evidence for this particular split, or the close alternatives of 70/30 or 90/10.

The term originated from Vilfredo Pareto’s observation that 80 percent of the land in Italy was owned by 20 Percent of the population in 1906.

Since then, there’s been a lot more attributed to it.

As Perry Marshall notes in his book 80/20 Sales and Marketing, you can continue to apply the principle to the numbers more than once.

In other words, 4 percent of your effort accounts for 64 percent of the results. And so on…

So, it appears that most of the important, productive, rewarding accomplishments in our lives come from only a fraction of the time we put in.

In a brilliant article from Techcrunch the author examines the 80/20 in regard to learning.

Mastery, which many aspire to, is 100 percent (or as close as you can get) knowledge of a subject. 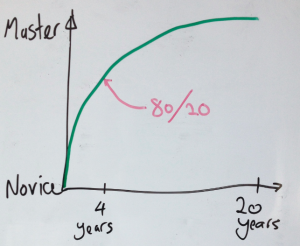 It raises the question: are you better to specialize or diversify?

I could spend 20 years becoming 100 percent knowledgable in something, let’s say psychology.

Or, I could become 80 percent knowledgeable in psychology in 4 years, then go on to gain 80 percent mastery in neuroscience, physics, economics, and design. All in the same length of time.

Which is a better way to spend those 20 years?

The numbers are of course only estimates, and it’s likely that not everything agrees with them, but nevertheless the results are intriguing.

Consider that often when we learn something new, the essential, basic, and most well-known information is likely the most easily picked up. It’s been learned many times before, people have presented in clear and precise ways, and with the internet, that information is accessible and free.

But, when we get to the final 20 percent of mastery, we come to a place where paths have not been laid, where information and past experience are lacking. We therefore need to spend more time to gain a comparable amount of knowledge, we need to see for ourselves the holes in our understanding and try to find the right solutions.

For these reasons I can see why the first 80 percent is much easier than the final 20. Does that mean you stop when you get there? Should you settle for “close enough?”

I would contend that in todays world people need to be multidisciplinary. We should aim to be a jack of all trades.

Thanks to technology and science jobs are changing at increasing rates, if not that then the jobs are being totally replaced by machines.

Dan Pink notes in A Whole New Mind that the forces of Asia, Abundance, and Automation are forcing people into jobs that are more right-brained. Logical jobs that were once, even very recently, sure-fire money makers, are now under attack from cheap labour and smart machines.

How can you be sure that, if you spend 20 years mastering something, it will be the same thing when you finish? How do you know that your specialization will be worth anything?

You don’t. Not with the dynamic environment we live in.

If you want to make sure that what you’re learning is going to be worth it, it pays to have a broad understanding, to see how different fields merge together, and to be willing to go in a new direction if things change.

In the end it is up to you, take into consideration what you want to achieve and your reasons for wanting it.

Is it possible that by spending less time learning one thing and more time flexibly weaving between subjects, that not only do we find ourselves more able to adapt to the changes that will come, but that we’ll actually learn more?

Perhaps. If it’s correct, then certainly 80 percent of 5 subjects is more than 100 percent of 1.

I recommend focusing on the knowledge that will make the biggest impact. Know what you want to learn and why, set yourself some fuzzy goals, and concentrate on the essentials.

Once you know the essentials, you’re free to change direction and start learning something new, or perhaps delve more into the same topic, depending on what’s changed since you began.

Learn more about how the Pareto Principle can improve your learning in the soon to be released free ebook: Connecting the Dots.