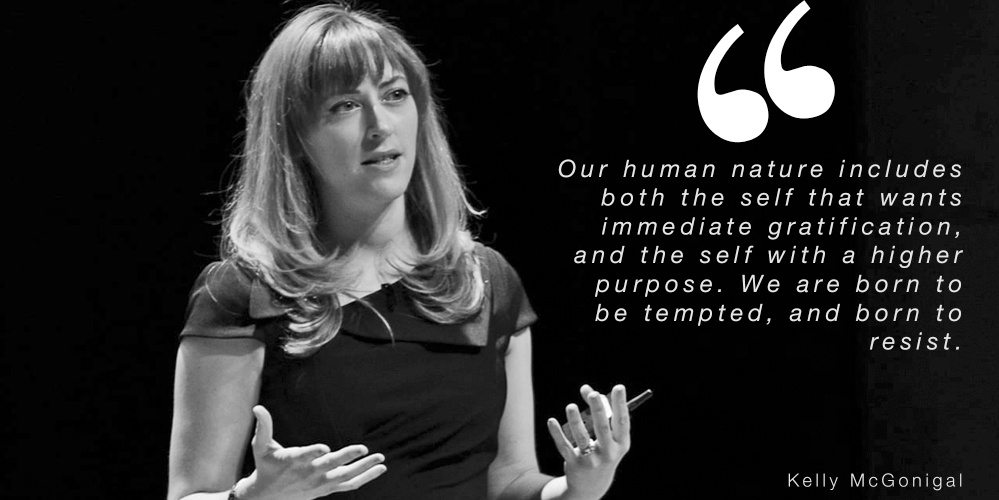 The Importance of How We Frame Our Self-Control

“The ant in Aesop’s fable instinctively knows what it has to do to prepare for the future, and when summer comes it drags off the food it will need for the winter. But we don’t have the ant’s instincts, and evolution has not yet adapted our brain for dealing concretely with the distant future.” — Walter Mischel

Most of us would raise our hands when asked if we’d like to have more self-control. We can all think of times that we’ve given in to a temptation or lacked the strength to act when we know we should be doing the opposite.

As we progress through our busy schedules we slowly lose our edge, we get tired and our focus wanders, motivation crashes and we no longer have the strength to resist bad decisions. This is known as ego-depletion.

Sigmund Freud popularized the term ‘ego.’ He believed that the ego was responsible for restraining the impulsive demands of the id, a more primitive and unconscious agency. Sometimes the ego would control the id, other times the id would get the better of the ego.

Ego-depletion results in circumstances where the impulsive id is more likely to win.

In one of the most well known studies on self-control, Walter Mischel showed that differences between people start early. He had children decide between a tempting marshmallow now, or two if they could hold out for 15 minutes. Naturally, kids sitting in front of yummy treats highlighted the persuasiveness of the id.

What became so remarkable about this study was not that it displayed a difference between children’s willpower, but that those who could restrain themselves went on to live more academically successful lives.

“If Adam and Eve had managed to cool the hot temptations they faced, they would have been able to hold on to their garden longer. If they had wanted to prepare for what they might face in the future, they would have had to vividly imagine themselves in it, which they could not do.” — Walter Mischel

Another study that concluded in New Zealand in 2010 followed 1,000 people from birth for 32 years. Throughout this time the researchers gathered both self-reported and observed measures of the participants willpower.

Those with stronger self-control wound up happier, healthier, and wealthier later in life, regardless of their intelligence, race, or social class.

“When researchers compared students’ grades with nearly three dozen personality traits, self-control turned out to be the only trait that predicted a student’s grade-point average.” — Roy Baumeister

Baumeister is a leading researcher on self-control, and author of ‘Willpower: Rediscovering the Greatest Human Strength.’ Through his studies he has come upon the likeness between willpower and a muscle.

Just as when you perform so many pushups that you can longer lift your arms, having to restrain your impulsiveness results in less of an ability to continue doing so. However, the more you practice, the stronger you get. Taking a quick shot of glucose can also give you a quick physical or mental boost, that for a time can help subvert the desire to give in.

This is where the similarities end. Michael Inzlicht and Brandon Schmeichel believe that rather than using up a reserve of energy, the loss of willpower is due to a shift in motivation, attention, and emotion.

They found that giving participants an incentive — that their work was going towards Alzheimer’s research — was enough to motivate them beyond the ego-depleted control group.

There is also the belief that the loss in self-control is simply down to how we frame the problem: “I’ve been good all day, worked hard, went to the gym, I deserve that piece of cake, I’ve earned it.”

“When it comes to right and wrong, most of us are not striving for mortal perfection. We just want to feel good enough — which then gives us permission to do whatever we want.” — Kelly McGonigal

If willpower is down to our mindset, changing the way we look at our actions and altering the way we think could potentially give rise to unlimited self-control.

Veronika Job, Carol Dweck, and Gregory Walton wanted to explore this possibility by comparing two groups of participants. One group believed their willpower was a limited resource, the other believed that there was no such limit.

They found that those who believed they had no limit showed no signs of ego-depletion, while those that believed in a limit suffered from the usual effects.

Our self-theories seem to define how we’ll be affected by exhaustion, and if willpower truly is an important determiner of later success, it raises a strong case for the adjustment of our mental models.

That’s easier said than done. Our lives are filled with habits both of the physical variety and of the mental, to change the way we think of and react to ego-depletion is akin to breaking a bad habit.

The best way to do this is to replace it with a better habit.

Practicing restraint might not improve your self-control in the same way exercise improves a muscle, but it might help to change your mindset from one of “I can’t do this” to one of “I can do anything.”

Using willpower in one area improves it in all others, as Megan Oates and Ken Cheng found. Students that were enrolled in an exercise program or made to manage their money subsequently fared better in other areas — they smoked and drank less, and studied more.

Over time the bad habits and limited view of willpower will make way for good habits and an iron clad ability to restrain your impulsiveness. What do you think of your willpower? Do you believe that it’s endless?