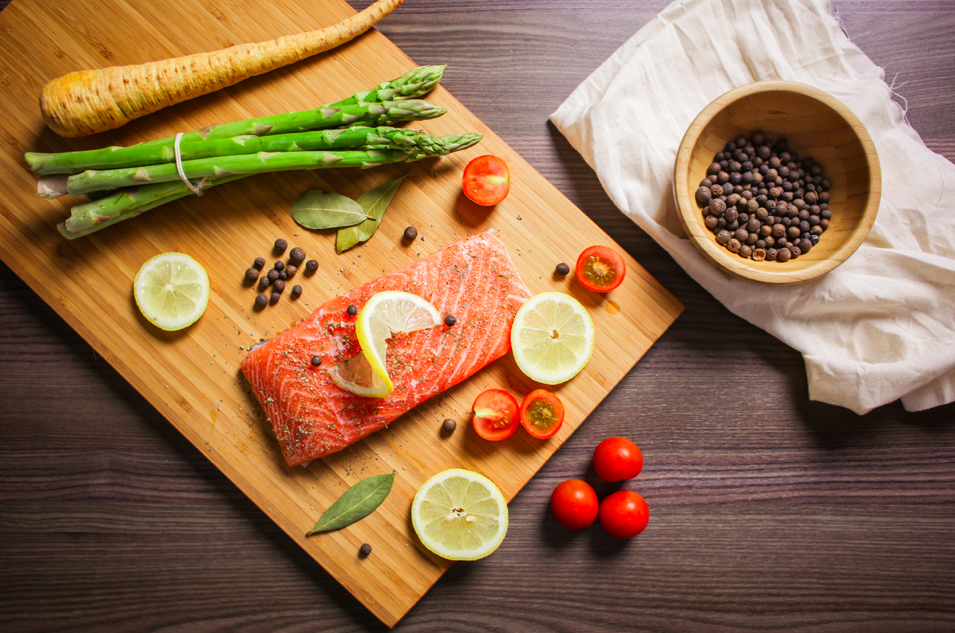 The Psychology of Sticking To Your Diet

When it comes to dieting we often choose to rely on our self-control–a notoriously fragile construct.

It’s not easy walking past processed foods in the supermarket without picking up a snack. It’s not easy mustering the strength to cook a proper meal after a long day at the office. It’s not easy to order a salad when everyone around you has a burger.

If all we have is our willpower to fight these situations, we’ll likely fail. It might work in the early hours, but willpower deletes itself over time–when we get tired, setbacks will occur.

That doesn’t mean we’re doomed to fail. Psychologists have been studying the realm of eating for some time, and a number of interesting studies point to methods we can use to take the strain off of our self-control.

Just the sight of tasty yet processed food is enough to get us salivating. Studies of habits show that triggers are an essential step in the habit process–trigger, action, reward. At first activity in our brain lights up once we get the reward, but over time, that activity begins much earlier, when the trigger is first encountered. In essence, the moment we see food we love, the brain is already anticipating what it will taste like–and like breaking bad habit, the feeling of unfulfilling that expectation is uncomfortable to say the least. So the trick is to get rid of the triggers. If you can’t avoid buying them when you see them in the shop, make sure you hide them when you get home.

Studies in behavioral economics show that even small steps can greatly influence how likely we are to follow through. For example, simply changing a check box on a form from opt-in to opt-out is enough to get over 80% more people to become organ donors (Germany uses an opt-in system, 12% of people select it; Austria, meanwhile, is opt-out, and 99% go with it). Another example is placing your unhealthy food in a difficult to reach place. Not only will it be out of sight, good for the first point, but even though you know where it is, the struggle to get it will help put you off. Processed foods are often so seductive because they’re easy–you can change that.

Brian Wansink of Cornell University has been studying the effects of a messy kitchen on how we eat. Previous research has demonstrated the impact of a messy and unorganized desk–Kathleen Vohs, a psychologist at the University of Minnesota, found that an orderly room lead to people snaking on healthier options. Wansink, meanwhile, recently had 100 people brought one by one into a kitchen for a writing assignment. The kitchen was either messy or clean, and each participant was offered all the cookies, crackers, or carrots they could eat while they were there. Those in the messy kitchen consumed significantly more calories than those in the clean room. “We think we’re smarter than the environment around us,” says Wansick. “That’s why these external cues are so powerful.”

4. “Honey I Shrunk The Plates”

If we eat from a large plate, the relative size of our portions can make us think we’ve not consumed that much. While you might think hunger is solely determined by the sensations in your stomach, it turns out that sight plays a big role too. If you eat from a smaller plate, the portions appear larger, and you will oddly enough feel more satiated afterwards–your brain will make you think you’ve eaten more. And of course, smaller plates simply can’t hold as much, so there’s that too. Coupled to this phenomenon, another study that eating with a larger fork lead to people eating less.

It’s not only the plate size that matters, the color is important too. If the plate is the same color as your food, we don’t perceive the difference as easily, and this causes us to eat more. If, however, there is a clear difference between them, we eat less. One study had participants eat pasta with either tomato sauce or Alfredo sauce, and with the choice of a red plate or a white one. Those that had contrasting combinations ate 22 percent less food.

Sounds also play an important role not only in what we eat, but also in how it tastes. This sonic seasoning, as called by Charles Spence, a professor of experimental psychology at Oxford University, includes the fact that potato chips taste better depending on the sound when they crunch. This also helps explain why people pay more–and eat more healthily–in restaurants that play softer music. One study found that under softer lighting and music people ate 18 percent less food, consuming an average of 775 calories compared to 949. Another study found that you lose the ability to accurately gauge how sweet or salty your food is when the high noise level is too high. Dim the lights, put on some smooth jazz, and you just might woo yourself into a healthy meal–and if you’re heading out, go to a nicer restaurant.

7. Believe in Your Ability

When all else fails, it agin will come down to your willpower. We’ve all been told that self-control is in limited supply, if you use it up, well, you’re screwed. In fact that’s not entirely true. Research has found that simply believing that you have infinite willpower is enough to help you fight through impulses that would otherwise curtail your goal. While it might not make it unlimited, it does push you beyond what you consider your self-control capabilities.

You needn’t put all the strain on your conscious, willpower-sapped self. Under the right conditions eating well can be a cinch, and those conditions are easily created by you. Set yourself up for diet success by keeping the bad food out of sight and out of reach inside your clean kitchen; eat using the right size and colored utensils; and put yourself in the right frame of mind with some good music and lighting. All the while, believe in your ability. This is the recipe for success–pun intended.