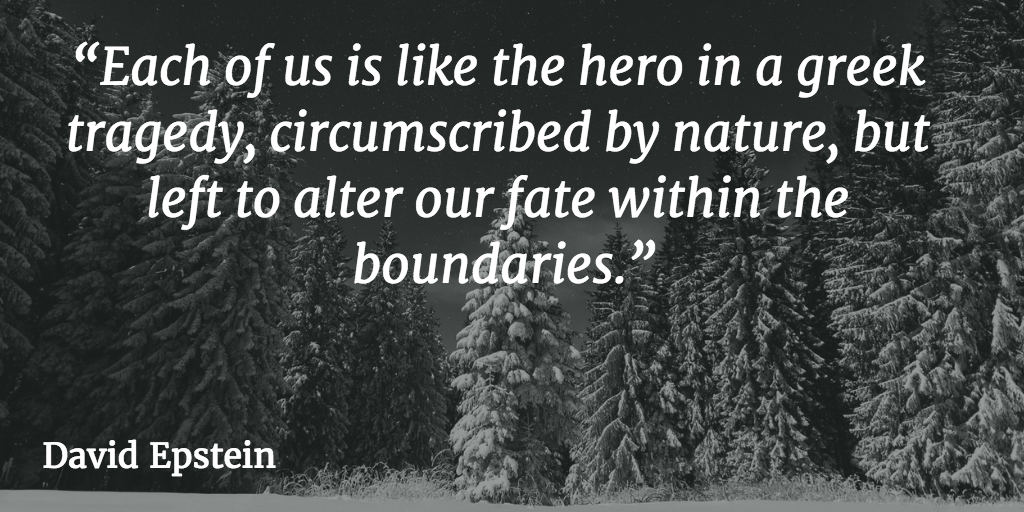 How To Become Elite

Can practice and hard work get us to the top? Or do we need to be built the right way from the outset?

You are born with a certain chain of DNA that largely determines how you are built — how tall you get, what color your hair is, where all your organs go.

Ruling out a malnourished and difficult upbringing, many facets of your physical growth are guided by the instructions of your genome.

This has a powerful effect on where we go in life. The obvious example being our height, which will go a long way in determining whether you’re an NBA player or a gymnast.

Many of us still believe in the “you can be anything you want to be” mantra, but the pinnacle of success — reaching the elite level — in some activity, more often than not, requires both practice and talent.

They are both necessary but not sufficient. Of two people that are both equally motivated and put in the same amount work, the difference will come down to the one that’s better genetically endowed. To become the best, you need to surpass a lot of other people that are highly motivated and willing to work their asses off, so it pays to have the right genes.

Most sports are clear examples of this. 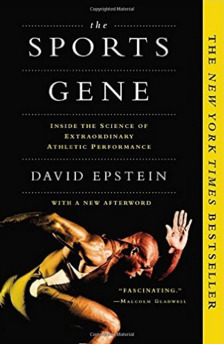 David Epstein writes about the contribution of nature and nurture as it pertains to sport in his book The Sports Gene, here are only a few of his many insights:

Most NBA players are not only tall, they also have a wingspan that is wider than their bodies are high, which is an otherwise unusual trait in the rest of the population. Swimmers usually have longer upper bodies than lower bodies, while runners are the other way around.

If you want to become an elite MLB batter, your chances are far greater if you have an unusually high number of receptors at the back of your eye. Many professional batters have 20/13 vision as opposed to the normal 20/20, which means they can see at 20 feet what a normal person can at 13 feet.

Long distance runners have thin legs, which allows heat to dissipate more easily, and that also take less energy to swing back and forth.

Sports that rely on explosive movements will generally require the use of fast twitch muscle fibers, while endurance sports ask more of slow twitch fibers. The particular ratio contained in your muscles is genetically determined, and they do not change — fast twitch stay fast twitch, slow twitch stay slow twitch.

Hard work, practice, exercise — are these the keys to beating your genetic profile? Well, even how you respond to a workout is largely genetically determined. There are both high responders and slow responders to exercise, some can workout as much as anyone yet gain no muscle.

Many of us also begin in a different fitness state — one person might naturally have a high VO2max (the amount of oxygen their blood can use per minute), while another starts out low, but if that first person is a slow responder while the second is fast, their fitness levels will likely meet, even if they exercise together in the same amount. Of course, if the high responder starts out in a high physical state, and the slow responder in a low state, that gap will only widen.

Despite all of this, talent is not sufficient for elite status.

Your genes give you your outline, they give you the hardware, practice is the software, it’s filling out your abilities. To become elite, you need both, although the specific ration will be different for each of us.

How does this relationship compare to activities not so reliant on our physical capacities? How does the interplay of genes and practice affect our mental abilities?

The 10,000 hour rule became popular when Malcolm Gladwell used it in his book Outliers, but the original study was performed by Dr. Anders Ericsson.

The study itself was not bad, rather, it was the interpretation that led to problems. The message that spread like an epidemic was that 10,000 hours of practice are required to reach an elite level in something — anything.

This interpretation is misleading and uninformed. David Epstein articulates a big problem:

“…the subjects were musicians who had already gained admission to a world-famous academy, so most of humanity had long since been screened out. A study that is restricted to only prescreened performers is hopelessly biased against discovering evidence of innate talent.”

The are more issues even between the participants of the study. The researchers looked specifically at deliberate practice, which requires not only focus, but an attention to form and technique that most often comes from having a coach or teacher, something not everyone has access to. Practicing the wrong move over and over because nobody’s there to correct you will get you nowhere.

To be dedicated enough to find a coach, practice deliberately, and to do it for 10,000 hours absolutely requires a thirst and passion for the activity. Is that what separated the participants? That certainly plays a role, but it’s not the only influence. The numbers were averages, and Ericsson himself noted that some of the best had accumulated far less than 10,000 hours.

Another study looked at hours of accumulated practice within elite chess masters and found the number to be closer to 11,000 hours. But, there was huge variability. That is, one person made it in 3,000 hours while another clocked in at 23,000.

“That was the most striking part of our results, that basically some people need to practice eight times more to reach the same level as someone else. And some people do that and still have not reached the same level.”

A study from Princeton performed a meta-analysis of 88 studies of deliberate practice and determined that practice accounted for an average of only 12% in the difference between people in various domains — ranging from a 26% difference in games and 21% in music, to 4% in education and 1% in professions.

Outside of practicing towards some goal, science has found some other interesting results regarding the role our genes play in making us who we are.

Cognitive psychologists have determined through studies of twins that roughly 50% of our personality is determined by our genetic makeup. The specific pathways of neurotransmitters are big players when it comes to personality, dopamine is associated with novelty-seeking behavior, while serotonin with neuroticism; dopamine also takes a different path through the brains of introverts than it does extraverts.

One the most important aspects of personality is the ability to delay gratification. Willpower is a strong determiner of later success in life. Walter Michel ran the now famous marshmallow experiment, whereas young children had to turn down one sweet treat now, if they wanted to have two in 10 minutes time. Those that held out, were the ones that Walter saw lead better lives. Another study suggests that 33% of the variation in willpower–specifically the ability to save money–is genetic.

Perhaps the most frequently thought of trait in terms of importance is that of intelligence. I’m not going to get into a discussion on there being more than one intelligence — which might be the case — but in terms of the classic IQ test, that measures general intelligence, the majority of results also point to a relatively static aptitude that could be up to 80% heritable.

The brain, fortunately, is rather malleable. The reason we can learn new skills is because the neurons that populate our heads are themselves skilled at adapting. And, if personality is 50% genetically determined, willpower 33%, and even intelligence at 80%, that still leaves you room to move. However, the idea that we’re all blank slates ready to be moulded into whatever we choose is far from the case.

Make the Most of Your Abilities

To say “you can be anything you want” might feel like it’s the right thing to say, it’s optimistic and empowering, but it has a dark side — when someone fails, it’s all on them. They didn’t try hard enough, they didn’t want it enough. How horrible and misunderstood some people must feel when, after trying as hard as they can, fail, and have the blame placed squarely upon their shoulders.

The fact is you can likely become good at anything, but you cannot become the best at anything; you are genetically predisposed to excel at some things but struggle with others.

This being the case, it raises a couple of questions:

You might be tall and oddly disproportionate enough to make an NBA all star team, but if basketball just isn’t your thing, the lack of motivation will kill that possibility faster than a torn achilles.

But is this really how it works? Is it more common to like something before you try it, or do you like it because when you tried it, you were good?

As a kid I remember very clearly being indifferent towards running, but one day, forced by my teacher, I had to run against my classmates in a 100 meter sprint. And I whipped everyone. From this point on, I loved it.

Some things you’ll never be very good at, other things you’ll be great at, but until you know what those things are, you must proceed through trial and error, you must seek out new experiences, and become fond of the phrase “I’ll do anything once.”

Many of us settle on the first thing that comes along. Either because we can do it, or because we want to do it. Perhaps it’s time to open ourselves up to more, to say no when we only have one piece of the puzzle — talent or motivation. Perhaps we need to be patient and trust that eventually something will come along that satisfies both. At which point, you’ll become unstoppable.