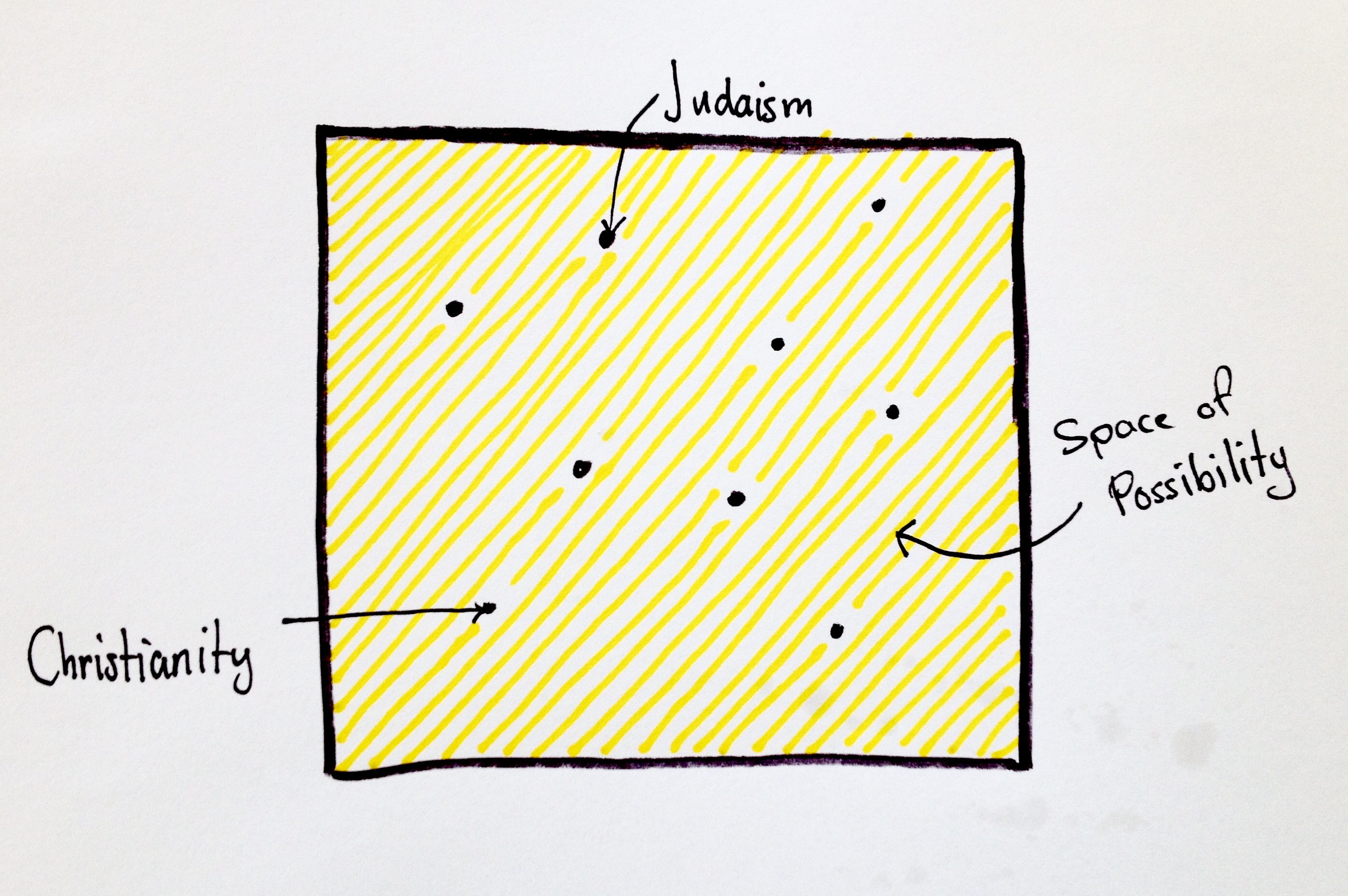 Neuroscientist David Eagleman has popularized an alternative view regarding religious views, and he’s labeled it ‘possibilianism.’

The goal of possibilianism is to discourage certainty. Eagleman uses the example of space, in which even in a tiny dark patch of that night sky above us can contain many thousands of stars, making it clear that there is so much we don’t know, our ignorance is vast and as such we cannot possibly claim to know everything, or even to have all the pieces to the puzzle.

Each religious view, even atheism, exists only as a point in a much vaster space of possibility. Rather than sit dogmatically in one domain while shunning all other views, we should instead open ourselves up to the uncomfortable position of not having a strict view, of realizing that there are many possibilities, and that we do not have all the answers or tools to find the answers.

Holding multiple ideas in mind at once is uncomfortable. Our brain loves to resolve conflict and ambiguity by latching on to an answer, whether we have adequate information to do so or not. We settle, our cognitive need for closure rushes us to judgement.

“Urgently fixating on certainty is our defense mechanism against the unknown and unstable. However, what we need in turbulent times is adaptability and calculated reevaluation.”—Nonsense

Science is one field in which it is beneficial to hold multiple hypotheses at once, as many possibilities are too difficult to test and too uncertain to commit too.

“… having an open mind doesn’t imply having no opinion. It often implies having both opinions.”—Nonsense

So far the tools and discoveries of science point in an opposing direction to a 6,000 year old Earth or a God with a big grey beard. But that doesn’t mean we should claim with certainty that a deity doesn’t exist, instead we should keep that as a possibility while also considering alternatives, and use science to help us unlock the answers.

“Our ignorance of the cosmos is too vast to commit to atheism, and yet we know too much to commit to a particular religion. […] with Possibilianism I’m hoping to define a new position—one that emphasizes the exploration of new, unconsidered possibilities. Possibilianism is comfortable holding multiple ideas in mind; it is not interested in committing to any particular story.”—David Eagleman

Watch Eagleman discuss this view himself at a Poptech conference: