10 Rules for Teachers and Students

John Cage, who passed away in 1992, was an artist, philosopher, and composer of avant guard music.

He was a disciple of Arnold Schoenberg, and later delved into Eastern philosophy and the idea of aleatoric music—music that incorporates elements of chance. One of his most notable pieces of music was 4’33”, a composition which instructs the performers not to play their instruments for four minutes and thirty three seconds.

“There is no such thing as an empty space or an empty time. There is always something to see, something to hear. In fact, try as we may to make a silence, we cannot.”

Cage inspired many of other artists and thinkers, one of whom was Sister Corita Kent, an artist herself and educator at Immaculate Heart College.

In 1968 she crafted a list of rules for teachers and students, and directly quotes Cage in Rule 10. This has lead many to falsely attribute the list to Cage, although it is claimed that Cage was himself impressed by the list and actively sought to spread it—his long-time romantic partner Merce Cunningham is said to have kept a copy pinned up in his studio.

Despite the confusion, the list is well-worth a read and would do well to make it onto the walls of many study areas. 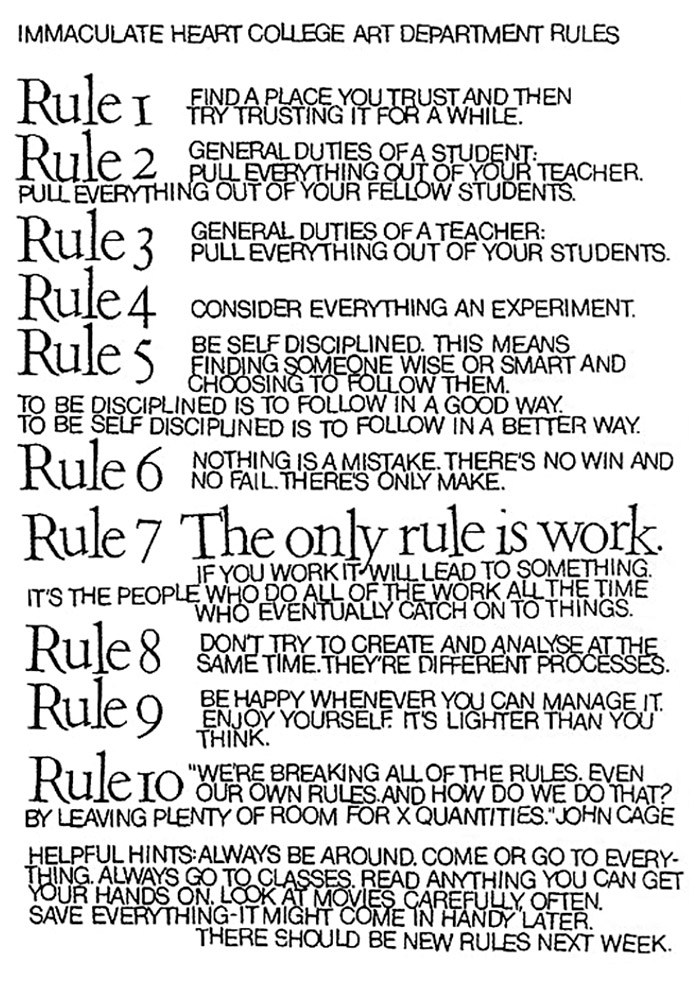